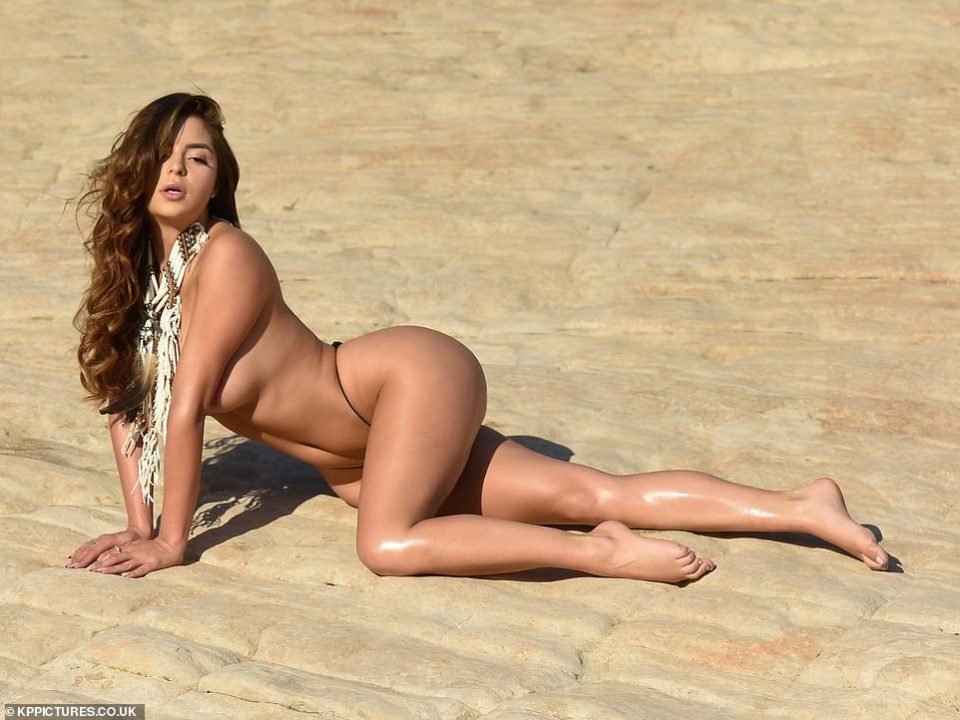 And, Demi Rose showed her ex what he’s missing as she posed topless for a sizzling photoshoot at Redrock Canyon in Las Vegas, with just nipple pasties and a tiny black G-string protecting her modesty.

The Instagram sensation, 24, draped a long white hooded kaftan over her shoulders, but left nothing to the imagination, flaunting her jaw-dropping curves during her most risqué shoot yet.

Her long brunette hair extensions were styled into voluminous curls, and her flawless visage was adorned with a simple, glowing make-up look.

The model was sure to turn heads as she pulled out her most seductive poses in front of the camera, lying out on the canyon while basking in the sunshine.

The Instagram sensation has garnered the attention of 9.4million followers since she was propelled to fame after being romantically linked to Kylie Jenner’s ex Tyga.

Since then, the swimwear icon has mainly kept her love with DJ Chris Martinez on the down-low but confirmed their split last week. 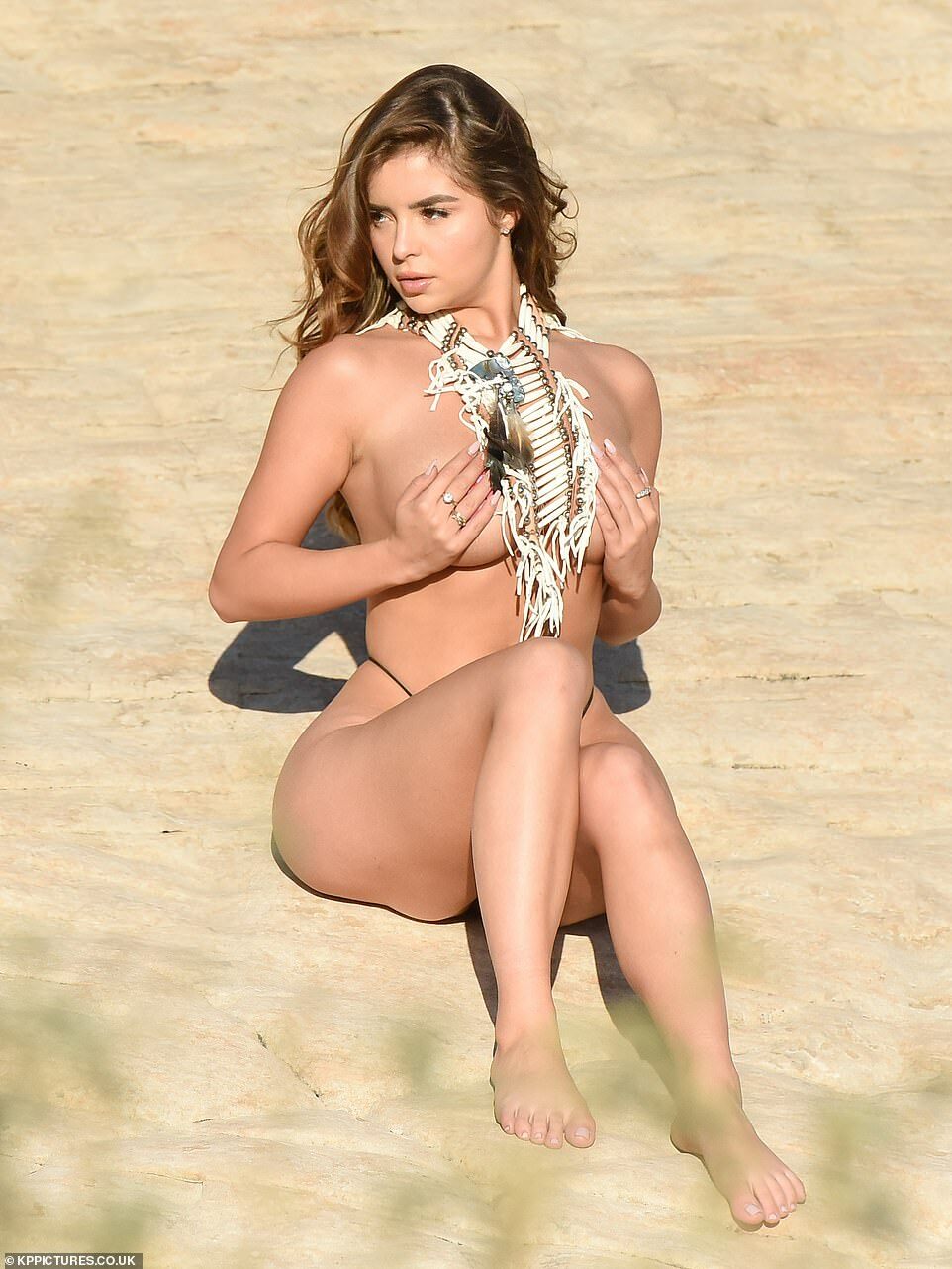 Demi and the DJ have vowed to continue as friends and to support each other’s careers, despite the split.

A representative for the star told MailOnline: ‘Unfortunately Demi & her boyfriend Chris Martinez have parted ways. They have ended as friends and continue to support each other throughout their careers.’

They added of the beauty: ‘Demi is single and very happy working on her career in the USA.’

Though Demi is no stranger to flaunting her figure on social media, she has kept her relationship with DJ Chris on the down-low, with the former couple having enjoyed a private romance primarily out of the limelight. 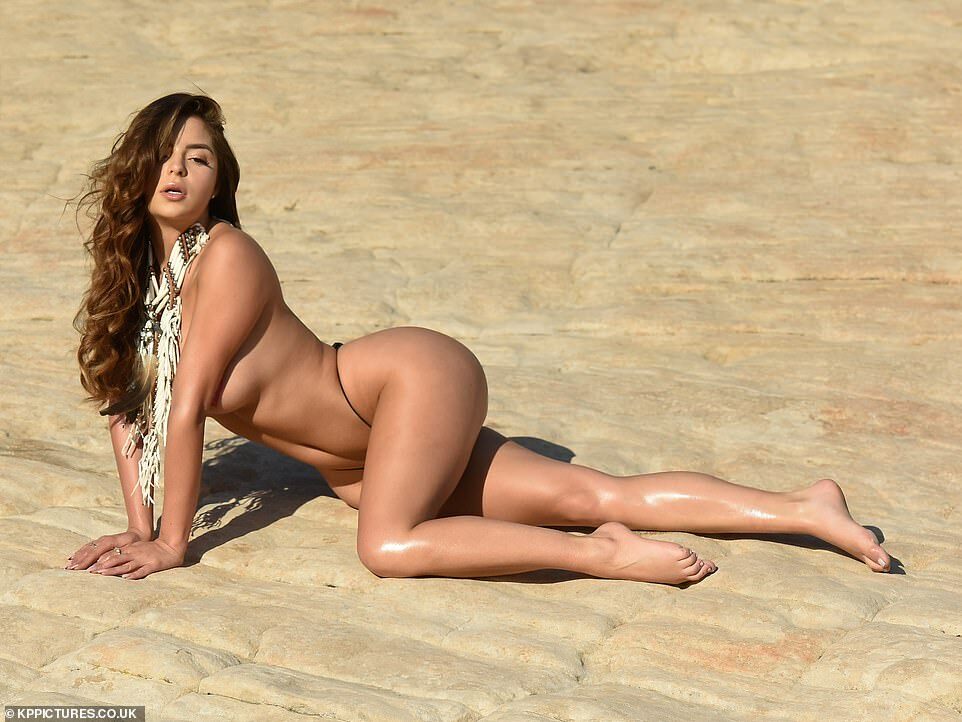 The model has also been linked to DJ Tom Zanetti in the past. In the wake of their split, Demi took to Instagram to share a snap, of which she captioned: ‘Thinking of you.’

Despite her gruelling travelling schedule, the model insisted to MailOnline she sticks to her ‘healthy’ routine and she admitted nuts are the fattiest foods she eats.

In September last year, Demi revealed: ‘I try to keep as healthy as I can. With travelling, it’s hard to work out, I travel across the world but try to keep my routine…

‘Everyone says I’m the healthiest person they know. The fattiest thing I will ever eat is nuts and peanut butter.

‘My figure just gains weight so fast. Any bad thing I eat my body isn’t used to it and just puts on the weight. That means no birthday cake!

‘All I’ve eaten today is nuts. I’ve managed to eat a whole pot. I feel guilty as there’s a lot of fat in the nuts. That’s my treat! So I’m happy!’ 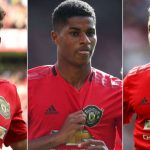