A 79-year-old man from New Zealand was found dead in a condo in Chnag Klan yesterday, June 16.

The man was found in a 12th-floor room in the Kalae Thong building (sometimes spelled Galare Thong) off Chang Klan Road at the back of Chang Mai Land at around 7.30 p.m.

The deceased man, named by Thai media as Mr. Warwick Ernest Purser had lived in the condo for over six years by himself. He had last been seen around a week before his body was discovered by the condo’s owner who went to check on him.

The cause of death is unknown at this stage but Purser’s body was found surrounded by blood.

The body was transported to Maharaj Nakorn Chiang Mai Hospital for an autopsy. 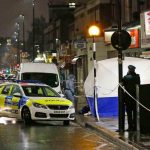