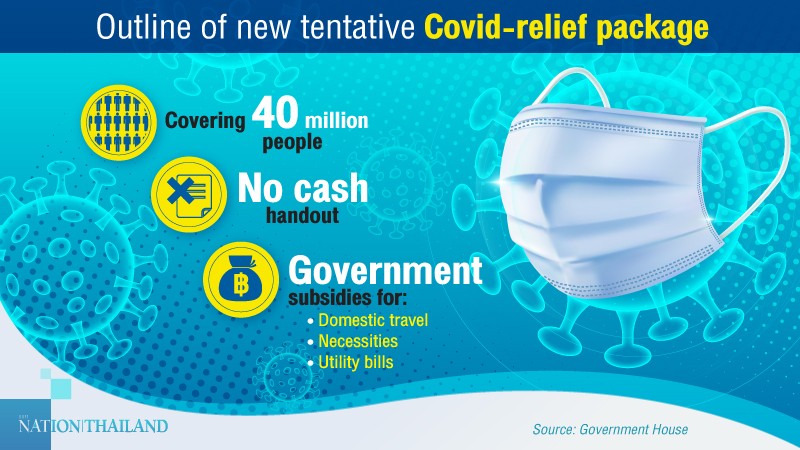 Prime Minister Prayut Chan-o-cha on Tuesday pledged to support 40 million people who have been affected adversely by the new surge of Covid-19 infections.

The authorities have implemented restrictions in many provinces that have been hit by the virus, which is impacting businesses and the daily life of people nationwide.

Prayut said he has told Deputy Prime Minister Supattanapong Panmeechao, Finance Minister Apisak Tanitvorawong and senior officials at the National Economic and Social Development Council to come with additional measures to support the public for the next two months.

The new relief measures, aiming to cover some 40 million people, will require large sums of money, but “we have adequate funds to deal with the issue”, the premier promised.

Some existing measures such as domestic travel subsidy will be extended, with hotels being asked to allow people who have booked rooms to delay their travel plans until the situation gets better.

The prime minister was speaking after the Cabinet meeting on Tuesday.

Meanwhile, government spokesman Anucha Burapachaisri said the new measures will be different from previous ones because the government has not imposed strict lockdown restrictions this time.

The Cabinet has also not discussed the option of cash handouts this time around, after the government gave people affected by the first round of Covid-19 outbreak last year Bt5,000 each for three months.

Government agencies have been asked to see if existing measures such as the subsidy for daily necessities and discounts for domestic travel should be extended, he said.

Other potential measures include subsidising utilities to reduce the cost of living for people during Covid-control measures.

Details of this will be discussed by the government’s Centre for Economic Situation Administration, he added.

Under this new wave of Covid-19 outbreak, the authorities have ordered the temporary closure of many venues including boxing rings, sports centres, gyms, pubs and bars.

Restaurants, meanwhile, are only allowed to serve until 9pm and owners are required to impose social-distancing rules.

Separately, the Cabinet has also approved the framework of the Bt3.1 trillion budget bill for fiscal 2022, which is 5.66 per cent lower than the budget for the current fiscal year.

The government has earmarked Bt100 billion for principal debt payment, accounting for 3.22 per cent of total expenditure.

The Finance Ministry projects tax revenue worth Bt2.4 trillion, resulting in a budget deficit of Bt700 billion, which is equivalent to 4.04 per cent of the GDP.

The ministry has forecast an economic expansion of between 3 to 4 per cent next year with inflation coming in at between 0.7 and 1.17 per cent.

The new fiscal year starts in October this year and ends next September. The budget bill needs to be approved by Parliament before it becomes law. 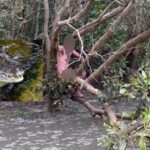 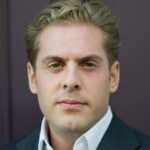 Millionaire’s son, 36, took his own life