Reforming the armed forces, undoing the junta’s deeds and prosecuting coup leaders were among key policies a new party announced it would implement if it wins elections slated for February.

It vowed to work to break the monopoly of big businesses, reduce work hours from 48 hours to 40 hours weekly, end the use of plastic bags in 10 years and ensure a transparent bidding process for government projects and concession.

It also vowed to promote freedom of expression by reforming the Computer Crime Act, although it said it wouldn’t touch the controversial royal defamation, or lese majeste, law.

Most ambitious and controversial among the party’s 12 main policies is its promise to halve the number of military officers from 330,000 to 170,000. The party also promised to reduce the number of generals from 600 to 400 and end compulsory military conscription except during war time.

The party also reiterated its policy seeking to draft a new charter.

Party secretary general Piyabutr Saengkanokkul said drafting a new charter requires two referendums: The first on whether the public supports the idea of drafting a new referendum and the second on the new charter. He said voters would elect new charter drafters, unlike the current charter – where they’re appointed by junta leader Gen. Prayuth Chan-ocha.

Piyabutr also said that if elected, the party would seek to remove Article 279 of the current charter – which grants amnesty to the junta’s actions – and that it plans to prosecute coup leaders. On the other hand, the party said it would seek to end all prosecutions against those charged and detained for criticizing or opposing the junta over the past four years.

“Innocent people who were damaged by the use of the power of the National Council for Peace and Order will be redressed,” Piyabutr said.

It will also seek to make it a rule for courts to take up any treason case filed by the public within 24 hours in the event of a future coup.

Party leader Thanathorn Juangroongruangkit, who is being put forward by the party as a PM candidate, said the party expects to win more than 50 seats, as the party’s internal poll more or less matches outside polls on popularity.

“But we still have 70 days to go,” Thanathorn said. 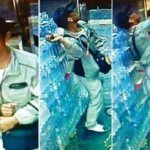