In an interview on May 19, Pol. Maj. Arut Supanon said that he has planned to allocate more traffic police around the school zones since that’s exactly where the most rush hits.

Moreover, he has plans to start the working of the traffic police squad at 6:30 am, i.e. 30 minutes prior to their morning schedule and all this just to keep the traffic congestion in control due to more schools opening.

“Pattaya’s current problems all come down to drivers who don’t obey the rules,” Arut said. Adding more to the problems are, foreign visitors and expats unknown to Thailand’s traffic laws.

He will be reallocating traffic officials to the most congested areas and arrange for a meeting with the schools’ management and create specific drop-off/pickup zones at schools.

“Locals are often seen driving on the wrong side of the road, going through red lights and more. But due to the amount of motorbikes and cars, traffic police are challenged to enforce the law on a daily basis.” Arut said.

The Beach Road too will be under Arut’s new policies, assisting tourists.

The officials will soon undergo training in CPR, first aid and accident response. 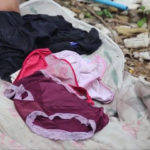