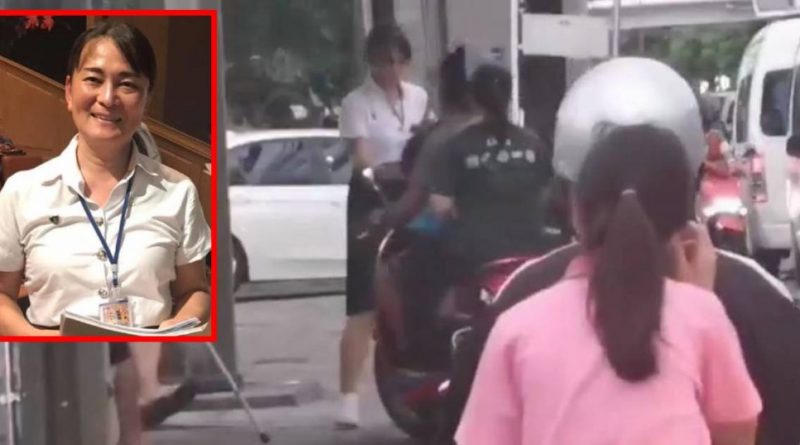 A video went viral on the 21st of this month (August 2019). Facebook account user “Udomsak Nakjangin” posted the video showing a university student standing on the sidewalk at a bus stop. 2 Motorbikes are seen driving on the sidewalk towards where the student was standing. The student refused to move and told the motorbike drivers to go back on the road where they belong.

Netizens applaud her actions as this is the right thing to do, motorbike drivers are so used to owning the sidewalk that they have a hard time accepting the truth in which they are doing is wrong.

The First motorbike heads towards the student, when she sees the motorbike she refused to move and motioned her hands as a sign for the motorbike to go drive on the road. The person recording the video states that the motorbike driver is honking at the student forcing her to move.

The recorder also states in the video to his friend “let’s keep recording, in case the girl gets in trouble we can have proof of what happened”. Finally, the Win motorbike driver drives onto the road while the passenger comes down onto the sidewalk and stares at the student before getting back on the motorbike.

The first motorbike with the small child then turns around and drives the other way, still on the sidewalk. The location where the incident took place is Lamsali Intersection, Bangkapi, Bangkok. The student in this story is Mekumi Morimoto 46 years old from Japan. She is currently a first-year student studying at Kasetsart University Chalermphrakiat in Sakon Nakhon Province known as “Malee” and is viewed as a great student who follows every regulation and dress code of the university. 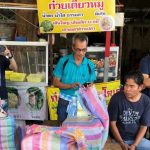 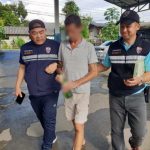