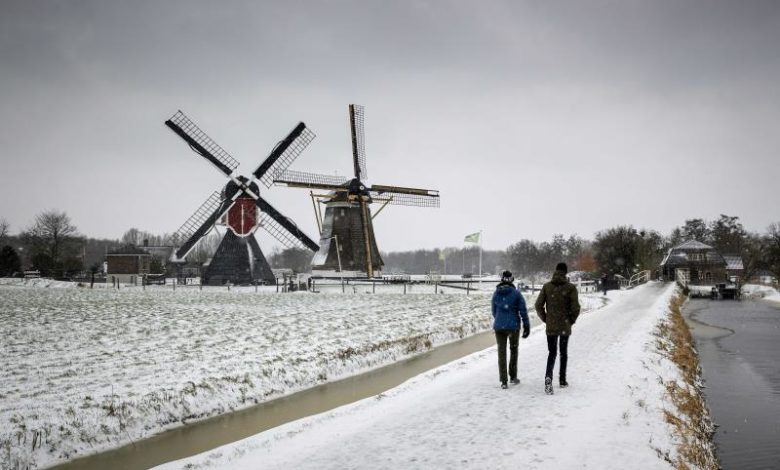 The Netherlands has been hit by its first major snowstorm in a decade, forecasters say, as cold weather pushes through much of northern Europe.

Dutch authorities have closed all coronavirus testing centres because of the extreme weather.

Transport has been disrupted and rail connections with Germany, where northern areas have also been blanketed by snow, have been suspended.

The cold snap is a result of Storm Darcy, which has also affected parts of the UK.

A “Code Red” weather warning was declared in the Netherlands for all of Sunday, meaning winds of up to 90km/h (55mph) and “bitter cold” were forecast.

Heavy snow fell throughout much of the day, leading to long delays on the roads. People were advised to avoid travelling and there were reports of dozens of cars skidding off streets.

Eindhoven airport closed and incoming flights were diverted to Germany, while Schiphol airport in Amsterdam warned that travellers could face delays.

One Dutch weather forecasting website, Weer.nl, said the combination of strong winds and heavy snow had met the official definition of a snowstorm.

“It is the first snowstorm in a long time: the last snowstorm took place in January 2010,” it said.

Most parts of the country had seen 5-10cm (2-4in) of snow by Sunday afternoon, but some had received more than 30cm.

Up to 10 days of sub-zero temperatures are expected in the Netherlands. On Sunday, the temperature dropped to -6C (21.2F) in the northern city of Groningen and it was a similar picture elsewhere.

In Germany, the snowfall caused major disruption to traffic and rail journeys in the country’s most populous state of North Rhine-Westphalia.

Some 222 traffic accidents have been reported there since Saturday afternoon, a police spokesman told the DPA news agency.

And German forecasters expect the snow to become even heavier overnight.

In Belgium, the snowfall has been less severe but officials are preparing for temperatures to plummet throughout the week.

In the UK, forecasters have warned that Storm Darcy could bring heavy snowfall and gale-force winds to the east and south-east of England.

The cold weather is expected to last until at least the middle of the week. 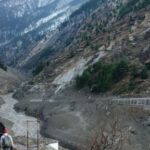 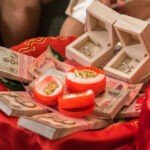 True love in the Land of Smiles and the dowry cost