Membership in the quarter grew 5.2 million to a total o 130 million, matching the same period last year but a million shy of what Netflix forecast, according to a letter released along with earnings figures.

Netflix shares dropped 14.05 percent to $344.21 in after-market trade, in a setback to the television juggernaut operating in some 190 markets around the world.

“We had a strong but not stellar Q2 (second quarter),” Netflix said in a letter to shareholders.

“Earnings, margins, and revenue were all in-line with forecast and way up from prior year.”

The Silicon Valley based company noted that it is beginning to “lead artistically” in some categories with its original content, earning enough Emmy nominations this year to break a 17-year top-spot streak by HBO.

Netflix said it made a profit of $384 million on revenue of $3.9 billion in the recent quarter, compared to net income of $66 million on $2.8 billion in revenue in the same period last year. 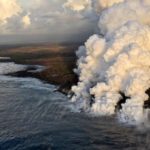 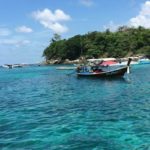