The bosses of the parent firms of True Corp and Total Access Communication (DTAC) insist the country’s telecom regulator has no power to approve or reject their giant mobile business merger, but can only impose conditions to govern it.

The National Broadcasting and Telecommunications Commission (NBTC) could be sued in the Central Administrative Court if  it resolves to reject the deal, the executives said, though the two companies do not want it to come to that.

Mr Suphachai, who is also the chairman of True, said True and DTAC are urging the NBTC to start drafting measures to govern the deal, noting that the two merging parties first notified the regulator of their plan on Jan 25.

An NBTC rule requires telecom operators seeking to merge to report to it at least 90 days before executing the merger.

Mr Suphachai said the deal was supposed to close in May, but consideration by the NBTC was delayed because of changes to its board.

After the new board was took office in April, it set up four subcommittees to scrutinise the merger and held focus group hearings to gauge the impact of the deal. At least two of those panels are said to oppose the merger, reportedly on legal and consumer protection grounds.

Mr Suphachai said True and DTAC are also under pressure as they are obligated to proceed with their planned share swap by September in line with Stock Exchange of Thailand regulations.

He said the timeline is a serious matter as it could affect shareholders’ confidence.

Telenor and CP announced the planned merger of the mobile businesses dtac TriNet and True Move H on Nov 22, 2021, saying they would consolidate to form a new company that will move into technological fields in addition to the telecom business.

The NBTC has said it would also set up a panel to scrutinise that deal.

“The AIS takeover deal is subject to approval from the NBTC while our merger deal will be done through a share swap into a new company,” said Mr Suphachai, noting the two deals are different in terms of their consolidation models.

Mr Brekke, who led DTAC in Thailand from 2002-08, said the companies did not want to pressure the NBTC but were simply urging the regulator to perform its role and work with the two companies in shaping proper measures to govern the deal to bring benefits to consumers, the market and the country’s digital landscape

Mr Suphachai said the merger is a genuinely equal partnership as neither company would take control of the merged firm.

Details of the shareholding structure and top management could be settled over the long term, he added.

Mr Brekke said this merger would represent the first time Telenor has invested in a country where the company does not have majority control of management.

Thailand has yet to capture its full digital potential, he said, noting it ranks 11th in the Asia-Pacific startup ecosystem ranking with just 3% of regional venture capital investments.

Thais are, however, digital natives as nine out of 10 internet users make purchases online while the country’s internet economy is expected to grow by 90% from 2021 to 2025 to hit US$57 billion.

“Like the digital TV business, it is hard to separate the influence of digital media platforms provided by OTT players,” he said.

He said the NBTC can impose proper measures to govern the True-DTAC deal for the public interest and market competition.

“The competition between strong players will continue to be fierce in this sector,” said Mr Suphachai. 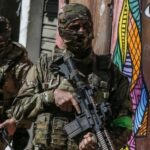 At least 18 killed in police raid 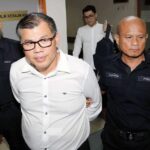