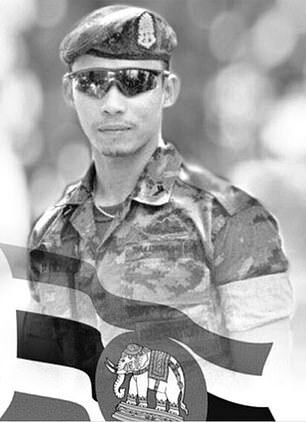 A Thai Navy SEAL who took part in the daring rescue of 12 boys trapped inside a flooded cave has died of a ‘rare infection’ said to have been contracted during the dramatic operation.

He had been under medical care since the rescue in July last year, but his condition deteriorated recently after the infection spread to his blood, Thai media reported.

Facebook messages by friends said the young petty officer had come into contact with germs inside the caves which resulted in the infection.

However, the Thai authorities have not revealed what kind of infection Petty Officer Pakbara suffered from, nor how he contracted it.

Last night, Chris Jewell – one of the British divers who took part in the rescue – said he was shocked and saddened to hear of Petty Officer Pakbara’s death.

Mr Jewell, 35, said he was also puzzled as to how the Navy SEAL became infected as the environment inside caves tends to have fewer germs than the outside world.

‘We go cave diving all over the world, and nothing like this happens,’ he said. ‘What you have to appreciate is that, although there is mud and dirt inside caves, the level of microbes is less than the outside world because of lack of human traffic.’

The elite soldier was buried on Friday in an Islamic ceremony at the Talosai mosque in his native Satun province in southern Thailand.

He is the second soldier involved in the Thai cave rescue operation to have died. Another Thai Navy SEAL, Lieutenant Commander Saman Gunan, 37, became unconscious while supplying oxygen tanks inside the miles-long cave system and died.

The rescue story that gripped the world began on June 23 last year, when 12 boys aged 11 to 16 and their 25-year-old coach went to explore the Tham Luang caves in northern Thailand’s mountainous Chiang Rai province.

The boys, from a youth football team called the Wild Boars, became trapped two miles deep in the cave system due to sudden floods caused by monsoon rain.

An international rescue team was scrambled to save the boys, led by a team of British divers, helped by the Thai Navy SEALs, as well as experts and volunteers from around the world.

More than 1,000 people were deployed to rescue the team, who survived by drinking water dripping down the rocks.

Contact was made with the teenagers and their coach after nine days, by which time they were weak and emaciated.

The British divers warned that delaying a rescue could result in the boys’ deaths and a risky operation eventually brought all of the boys and their coach out of the caves alive by July 10.

The Wild Boar team became international celebrities after their rescue, touring the world and meeting players from football giants like Manchester United and LA Galaxy.

Netflix has secured the rights to make a mini-series about the rescue, and a movie called The Cave by Thai-Irish film-maker Tom Waller has been aired on Thai television. 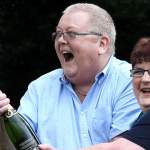 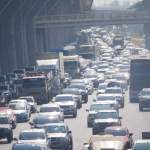