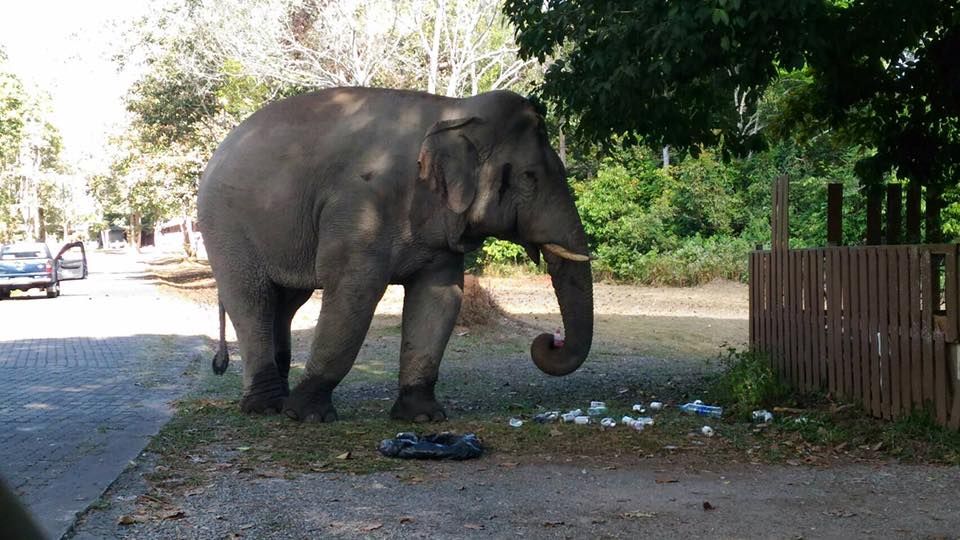 Plastic and foam bags and containers will be banned from all of Thailand’s national parks and every zoo in the country under a plan being prepared by the Ministry of Natural Resources and Environment as a step to reduce the estimated 45 quadrillion pieces of plastic thrown away every year in the country.

The ministry will make their plan public one or two months before stopping people from bringing foam and plastic containers and bags into the areas under their jurisdiction.

The Department of National Parks, Wildlife and Plant Conservation has been assigned to quickly inspect the country’s 154 national parks and seven zoos, said Natural Resources and Environment Minister General Surasak Karnjanarat on Thursday, along with planning the official date for implementing the ban on the use of the disposables.

Most plastics used in the parks and zoos were intended for a single use, including plastic bags, cups, spoons and forks, straws, water bottle caps and cigarette filters, along with foam cups and “clamshells”.

Despite their convenience and resulting popularity, the plastics are manufactured from petroleum, harmful to the environment and with many ending up in the oceans where they kill sea mammals and turtles who mistake them for food species.

Some plastics are known to partially disintegrate and become air contaminants that are dangerous to human health.

Surasak said that Thailand’s plastic industries needed to quickly adapt, catching up with consumption trends with lower environmental impacts. Consumers, for example, could be encouraged to reuse products rather than throwing them away after a single use.