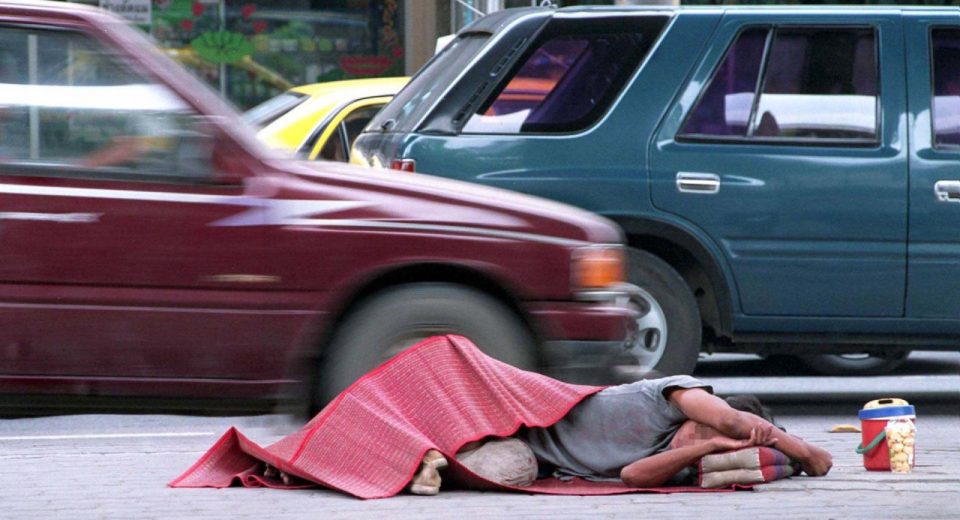 SINCE THE weakening economy in Thailand may result in more job losses and an increase in homeless people, the Social Development and Human Security Ministry has decided to conduct a census and work towards improving the quality of their lives.

This time, the ministry along with Community Organisations Development Institute, the Bangkok Metropolitan Administration and nine related agencies dispatched survey teams between April 1 and May 15.

The aim was to count the number of homeless persons in 60 provinces, which will be combined with a number of persons living in shelters.

This data will then be analysed to formulate guidelines to sustainably improve the quality of life for the homeless.

The survey, dubbed the country’s largest census of homeless persons, reported that that were 686 people without a roof over their head in 60 provinces.

It also found that homeless people usually travelled from Bangkok to other provinces by train.

Bangkok, Chiang Mai and Khon Kaen were previously surveyed in 2015.

A team of officials was dispatched on May 16 to conduct a survey in another 16 provinces, including Chiang Mai, Khon Kaen, Nakhon Ratchasima, Udon Thani, Pathum Thani and Samut Prakan.

So far, 112 homeless persons have been reported in Chiang Mai, a slight increase from the previous year.

Though some have died in the interim, others have arrived from the Northeast and Central region looking for jobs.

The areas with the highest number of homeless persons in Chiang Mai are the Three Kings Monument, Thapae Gate and Chang Pheuk Road.

The Khon Kaen team, meanwhile, split into six smaller teams to survey 71 locations in the Nakhon Khon Kaen municipal area and found 67 homeless persons, which when combined with results from the 19 provinces in the Northeast, brings the region’s total to 512.

Most of these people make a living by scavenging garbage and selling recycled items, he said, adding that many have health issues and cannot access the healthcare system as they either don’t have Thai ID cards or have lost them.

He welcomed the attempt to conduct a census on the number of homeless persons nationwide, so they can be provided with help.

“I believe that by now, there must be 10,000 homeless people across the nation as the slump in economy has left many jobless,” he added.

The census stemmed from a Cabinet resolution on March 8, 2016 over protests by the People’s Movement for a Just Society (P-Move).

The resolution covered three main points: allocation of Bt118 million to buy land for temporarily shelters in Bangkok, Chiang Mai and Khon Kaen; quality of life development for the homeless; and a nationwide census to judge the actual scale of the problem so solutions can be found.