Thailand’s move to allow medical marijuana will not spill into the legalisation of narcotics, the Kingdom’s Justice Minister told the Commission on Narcotic Drugs (CND) on Friday.

“Thailand stands by the Asean’s stance to not legalise narcotics,” he said.

At the meeting, Prajin also urged the international community to work on suppressing the precursor chemicals used to manufacture some types of narcotics.

“We all have the duty to solve drug problems,” he said. 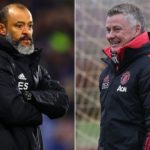