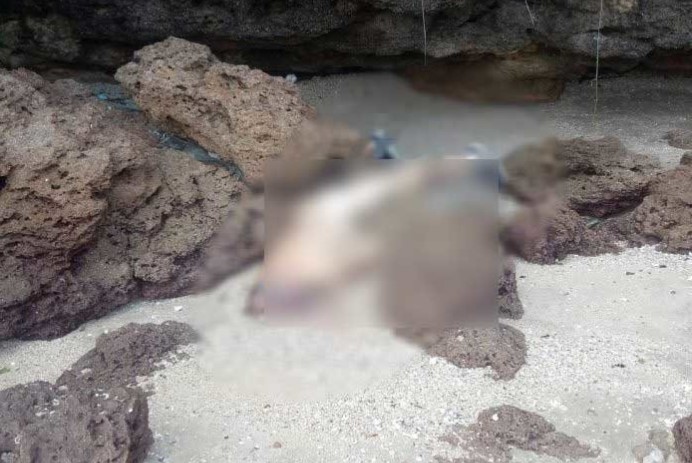 Police are investigating after a foreign tourist was found by a fisherman in the sea by rocks near a well-known hotel off Pratumnak Hill, Pattaya on Sunday.

The man aged about 50 – 60 – was completely naked except for wearing New Balance running shoes.

He had a bloodied and bruised wound on the head and had been dead about three to four hours.

Rawee said he discovered the body as he was setting out to go fishing in the early hours of the morning.

Police think the deceased man is a tourist at one of the nearby hotels and that he had gone for a run and fallen in an accident.

Regarding the fact that the body was found completely naked, they believe that he was just wearing running shorts that had been washed off during his time in the sea.