Bizarre beauty trends are hardly a new thing – we’ve seen everything from nose hair extensions to ‘halo eyebrows’ and let’s not forget some women’s ongoing obsessions with developing a deep fake tan – that makes them look like a ‘mahogany table’, apparently. 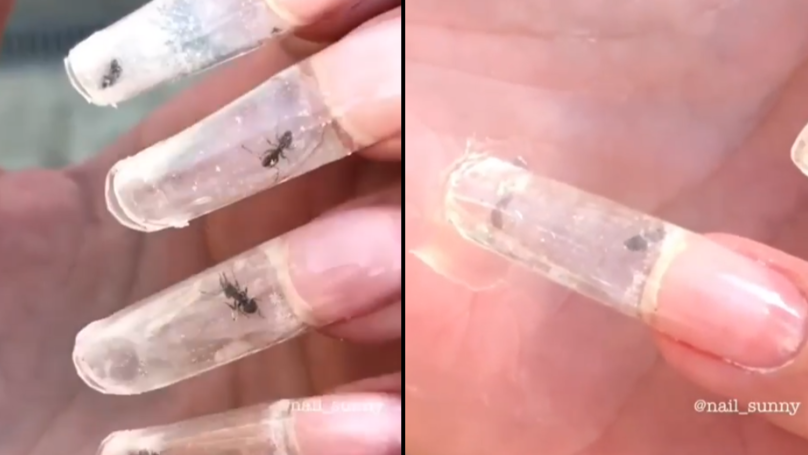 Although they make look a little bit silly, until now they’ve pretty much been harmless. I mean, yeah, going green overnight might not be your cup of tea, but each to their own and all that.

However, one new nail ‘trend’ has got people seriously pissed off, with many branding it ‘cruel’ and ‘disgusting’ for its use of live ants entombed inside some acrylic to create a bit of nail art.

The weird design was shared online by Nail Sunny in Moscow, and showed the ants being placed inside hollow, clear acrylic nail tips. Despite the post stating that no ants were harmed in the making of the nails, the whole thing was quickly slammed by Instagram users.

One wrote: “This is absolutely disgusting, you should be ashamed of yourself. Any nail technicians I know would NEVER dream of doing anything as ridiculous as this. The poor ants suffer for no reason, the nails look horrid!”

While a second commented: “What is the fashion for mistreatment of animals? Is the author of the nails or the girl who wears them want to die in a small room slowly choking? What is happening now is beyond anything. Whether it’s an ant, dog, cat or any other animal. What you have done is mistreatment of the animals, you are sick.”

In a second post, the nail salon showed the nails being released with the caption: ‘Keep calm. We left them to breathe,’ in an attempt to reassure people, but people were still furious with many saying it was ‘animal cruelty’ and that the ants shouldn’t have been in there in the first place. 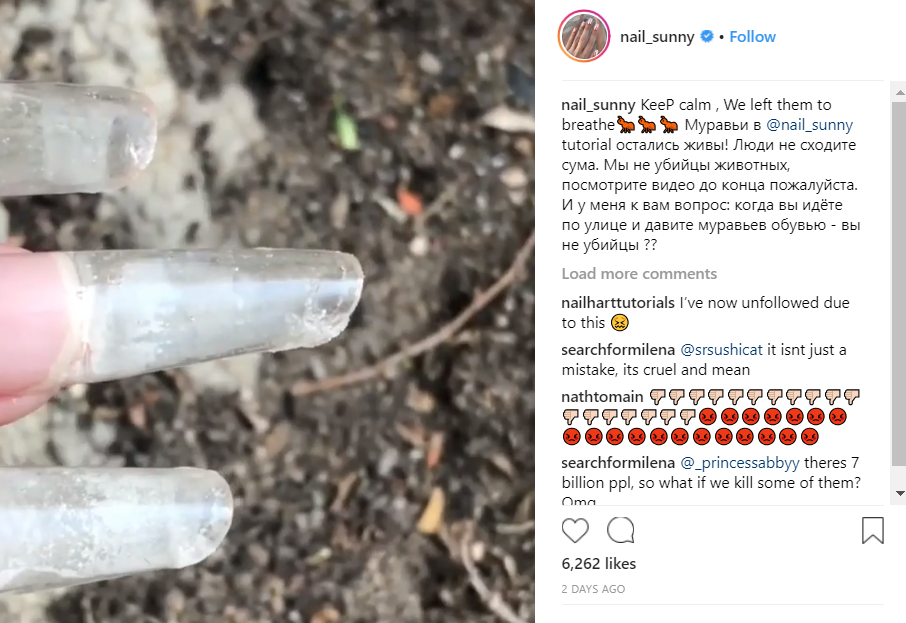 One angry Instagramer said: “Even if you free them, they still had to deal with all the chemicals in nail products, they are probably disoriented, they probably lost their distinctive smell and as a result they may be killed by the rest of their ant family, this whole account is for morons.”

The strange country where they put french fries INSIDE the burger