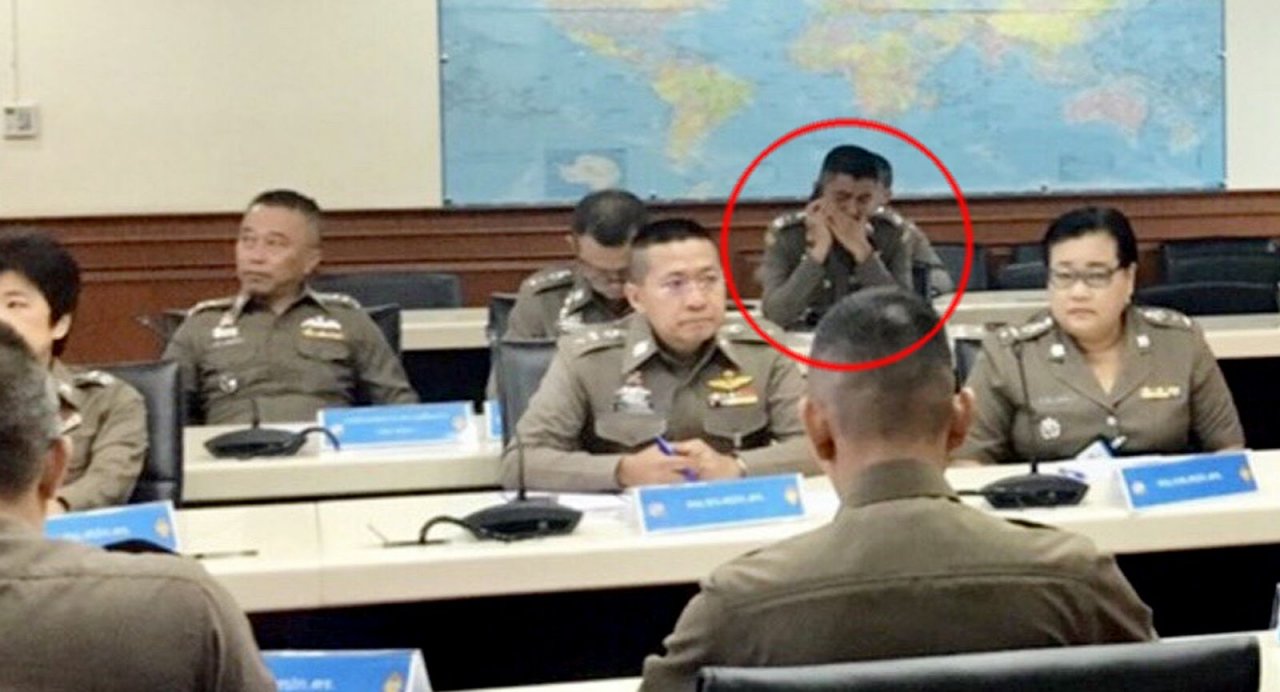 His designation as special adviser attached to the Prime Minister’s Office only fuels more speculation about his fate.

Prime Minister General Prayut Chan-o-cha, in his capacity as head of the ruling National Council for Peace and Order (NCPO), issued an order dated yesterday transferring Surachate from Royal Thai Police to a civil servant in the Prime Minister’s Office. 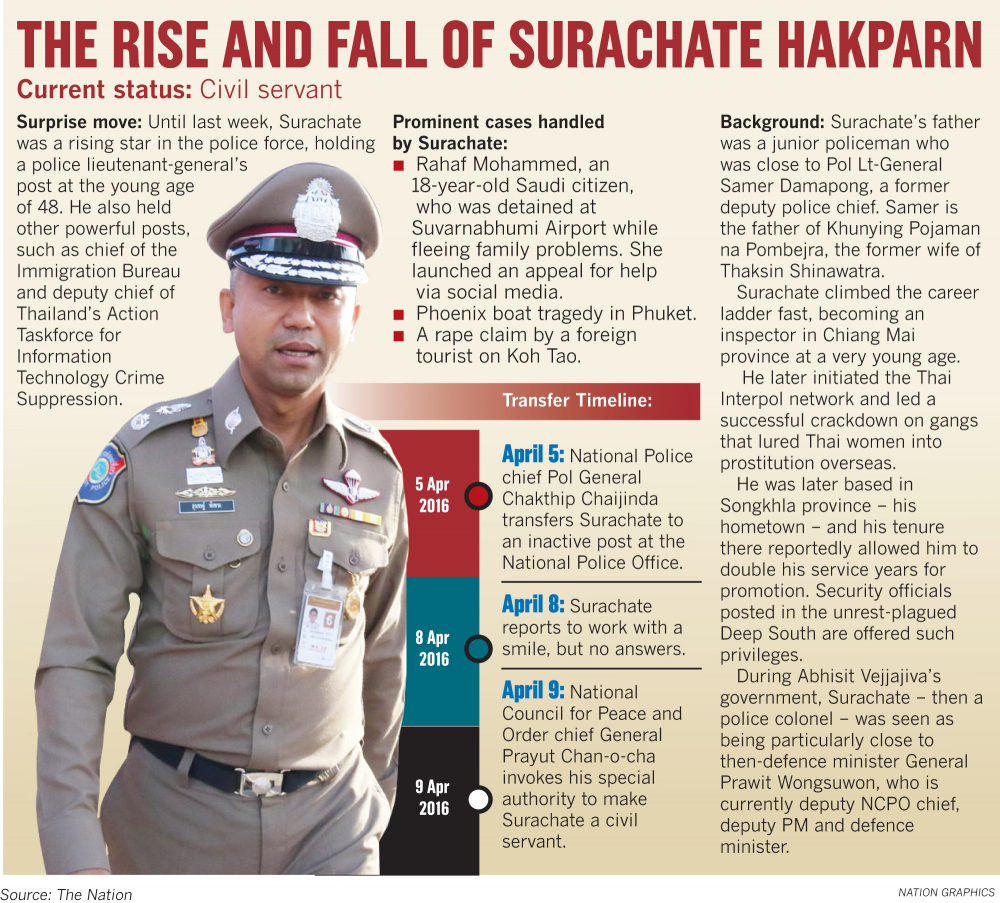 According to the order, published in the Royal Gazette yesterday, Surachate is among state officials who have been moved to other jobs because they are undergoing investigation or have problems regarding personnel. The order said the NCPO saw it fit to add Surachate’s name to the list, but did not say why.

The list of transferred state officials, to which Surachate’s name was added, dates back to May 2015 – a year after the NCPO took power after a military coup.

However, questions regarding the abrupt move remain unanswered, as those involved are maintaining a silence. Prayut, National Police chief Pol General Chakthip Chaijinda, and even Surachate himself, who was seen at a meeting at the National Police headquarters yesterday, refused to reveal the real reason behind this sudden exit.

Chakthip also announced yesterday that Surachate was removed from all special task forces and ad hoc positions in the Royal Thai Police. Apart from leading the Immigration Bureau, Surachate was the deputy director of Action Taskforce for Information Technology Crime Suppression.

The Royal Thai Police was yesterday scheduled to discuss Surachate’s successor as Immigration Bureau chief, but the meeting was cancelled for unknown reasons, an official said.

Deputy police chief Pol General Srivara Ransibrahmanakul, meanwhile, refused to answer questions by reporters who wanted to know if he had been told to investigate allegations that had resulted in Surachate’s sudden transfers. He only said that he had not received any verbal or written instructions to do so.

Surachate, better known as “Big Joke”, was considered a rising star in the police force, attaining a general’s rank in his mid-40s. He quickly began climbing the career ladder after graduating from the Police Cadet School in 1995. It is rare for police officers to move from the rank of sub-lieutenant to police lieutenant-general in merely 22 years.

Surachate began making a name for himself from 2015, when, as chief of tourist police he began suppressing crimes committed by foreigners and tour operators.

He had the opportunity to serve some top police officers in the past, and is believed to be close to Deputy Prime Minister and Defence Minister General Prawit Wongsuwan, who oversees the police force.

Prawit was not available for comment, as he did not attend the Cabinet meeting yesterday. Defence Ministry spokesman Kongcheep Tratravanich said Prawit’s absence was because he suffered from food poisoning, not to avoid questions from reporters. 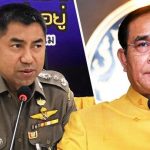 Big Joke ORDERED to hand in his police uniform