Home » Myanmar worker killed in row with compatriots in Tak

A Myanmar migrant worker was nearly decapitated in Tak on Wednesday night in an apparent quarrel with compatriots over a betel nut purchase.

Residents of the village of Ban Mae Kasa in Mae Sot district, where the body of Aungya Mew, 32, was found on Thursday morning inside a deserted house, said they’d heard the quarrelling among workers from Myanmar.

Police found a box of betel nut and a water jug along with Mew’s permit to work on a plantation about two kilometres away.

The neighbours didn’t know the men who were fighting but said Mew was the one who bought the betel nut. 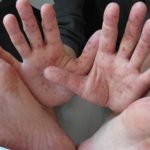 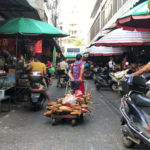