MUSLIM CONCERN: Health authorities are racing to contain a measles outbreak in the country’s southern provinces, where 14 deaths and more than 1,500 cases have been reported since September.

Officials blame the comeback of the disease on low vaccination rates in the south caused by misconceptions among the Muslim population about the nature of the vaccine.

The recent cases in Buddhist-dominated Thailand’s Muslim-majority southern provinces represent half the total for the whole country since the beginning of the year.

Measles cases nationwide have increased in recent years, the Health Ministry said. Last year, nearly 3,000 cases – with no deaths – were reported, compared to just over 1,000 in 2012. According to the U.N.’s World Health Organization, this year Japan and Brazil have also reported measles outbreaks, while Europe experienced a surge in 2017 with more than 20,000 cases and 35 deaths.

“Increasingly, there is a lot of misunderstanding about vaccinations that spread around Muslim communities here. Some said it is against their religion to receive vaccine shots, while others think it’s not safe,” said Anchanee Heemmina, a rights activist who lives in an affected area in the south.

The Indonesian Ulema Council, the religious body governing the world’s largest Muslim population, had to deal with the same problem earlier this year when some local Muslim groups declared their opposition to the vaccine. It ruled that Muslims were allowed to use such vaccines out of necessity until other options were available. Its statement came after a measles outbreak in Indonesia’s eastern province of Papua was believed responsible for the deaths of as many as 100 children.

The Indonesian controversy may be responsible for the concerns among Muslims in Thailand and other countries.

According to the Health Ministry’s Prevention and Control office, the misunderstandings about vaccinations have resulted in some areas in which only 60 percent of the population receives immunizations.

For highly contagious diseases such as measles, the World Health Organization says at least 95 percent of the population must be vaccinated for a community to be considered immune to the spread of the disease.

One video message from the Central Islamic Council of Thailand explains that even if vaccines contain religiously prohibited items, the medical benefit to a person and the community would take precedence.

Health workers meanwhile are visiting schools and homes in areas with measles outbreaks to target children under age 5 for free vaccinations, offering them also to others who are judged vulnerable. They are also trying to spread the word that Islamic religious bodies have given their approval for the use of such vaccines, said Vicharn Pawan, director of the Health Ministry’s Bureau of Risk Communication and Health Behavior.

Resistance has not been overcome. Twenty families from three villages in Yala province refused vaccinations, with 10 of the families signing formal letters stating their intention to not receive any immunizations in the future, public broadcaster ThaiPBS reported Monday.

Yala’s public health office said in a statement that its medical teams will continue to work in the communities to address their concerns.

“We are still facing tough tasks,” said Vicharn. “But health workers will continue to reach out to communities. Even if they refuse vaccinations this time around, we will have to keep up the visits and continue to deliver the message that vaccines are good for their health and their community.” 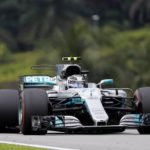 REVIEW: ‘THE NUTCRACKER AND THE FOUR REALMS’ FALLS FLAT