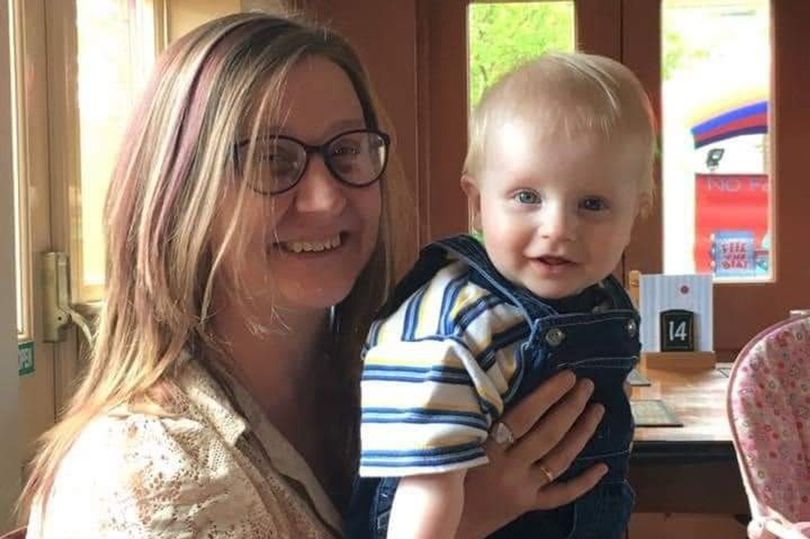 A mother-of-three has tragically died after suffering an extremely rare catastrophic reaction to the AstraZeneca coronavirus vaccination, her family has said.

Lucy Taberer, 47, reportedly fell seriously ill after getting the jab and developed blood clots on her brain causing a massive stroke.

Her heartbroken fiance Mark Tomlin, from Aylestone, said Lucy initially experienced mild and common side effects in the days after she was vaccinated at the Peepul Centre in Belgrave on March 19.

But the playgroup leader’s condition gradually worsened causing her to be rushed into hospital and despite the best efforts of medics to save her, she died 22 days after being vaccinated.

Her family have insisted they are not telling her story in order to put people off having the jab, saying Lucy had been excited about getting it.

“Lucy certainly wasn’t – she was so excited about getting it.

She’s stuck like glue to all the lockdown rules and saw the vaccine as a step to getting out again and seeing her and hugging her mates.

“She couldn’t wait to get it but nobody thought this would happen.”

Lucy’s heartbroken partner said her death has had a devastating impact on him and their five-year-old son Orson.

Speaking about what happened, Mark said: “She knew there might be some side effects but she wasn’t worried.

“We thought they would just clear up as most people’s do.

“She had a pain in her side so she went to see her GP who said it was kidney stones and prescribed her some painkillers.

“That reassured her and she didn’t think it was anything to do with the vaccine but things just started to get worse and the panic began.

“She developed a bruise about the size of a tennis ball on her.

“Normally she had all the energy in the world but she became tired and lethargic.

“Then she got a really bad rash on her face and side.

“Her gums started to change colour and we got really worried.”

On April 1, 13 days after her vaccination, Lucy was rushed to the Leicester Royal Infirmary where blood clots were diagnosed.

Doctors treated her with blood thinning drugs but her condition worsened still and she had blood clots and suffered a massive stroke.

She was then transferred to the intensive care unit at Nottingham’s Queen’s Medical Centre (QMC) but, despite surgery, consultants said there was nothing more that could be done for her and recommended her life support be switched off on April 10.

Mark, a 57-year-old metal worker, said it was consultants at the QMC who said Lucy’s severe illness was vaccine-related.

Her death certificate says she died of cerebral venous sinus thrombosis and vaccine-associated thrombosis with thrombocytopenia, according to Leicestershire Live.

Mark said: “We were so happy and looking forward to the future and then suddenly I’m having to explain to Orson that his mummy has died.

“I’d already told him that mummy had gone into hospital because she needed medicine.

“Our world has been turned upside down.

“Every day I wake up and Lucy is the first thing I think about.”

A spokesperson for the Leicester City NHS Clinical Commissioning Group, which is running the vaccination programme in the city, told LeicestershireLive: “We were very sorry to hear of Lucy’s death, which is clearly very tragic and deeply upsetting for Lucy’s family and friends.

“All vaccination sites – temporary such as pop – ups or fixed – are subject to strict operating procedures covering all aspects of the service.

“This includes vaccine storage and handling, infection protection and control, workforce requirements and training, and have clinical supervision. The safety of patients is paramount and the operating process includes arrangements for consent, observation and responding to incidents.”

Mark’s daughter Leanne, 33, is now helping him care for Orson.

She stressed the family did not want to put others off having the vaccine.

“That’s not what this is about at all but we think it is important that people know what happened to Lucy and that cases like hers are not forgotten.”

Leanne said Lucy’s case had been reported to the Government’s Yellow Card service where adverse reactions to vaccines can be recorded.

More than 200,000 cases of such reactions to the AstraZeneca vaccination had been recorded by Yellow Card by June 9.

The Joint Committee on Vaccination and Immunisation has recommended healthy people under 40 years old be offered an alternative to the AstraZeneca vaccine.

Other countries have suspended its use over concerns it can cause clots.

The Department of Health and Social Care said: “Extremely rare cases of blood clots with low levels of platelets have been observed following vaccination with Covid-19 Vaccine AstraZeneca.

“The majority of these cases occurred within the first 14 days following vaccination but some have also been reported after this period.

“Some cases were life-threatening or had a fatal outcome.

“It is important to remember the benefits of vaccination to give protection against COVID-19 still outweigh any potential risks.” 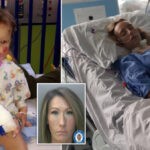