The Airports Department will spend Bt6 million to conduct a feasibility study for building an international airport in the northeastern province of Mukdahan.

He said Mukdahan has the potential for an international airport, as the province could be developed into a border economic zone with a link to Laos’ Savannakhet city.

The study will be done by a consultant yet to be hired, and completed by March of next year, said Darun.

Two public hearings will be held in Mukdahan, with the first on July 23. The study would select a location for the airport and the length of the runway as well, he said.

If approved by the Cabinet, an environmental study will be carried out and a budget for the airport construction will be sought from the government, Darun said. 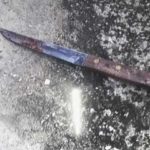