A Songkran reveller dubbed “Mr Lustful” in the media was soon in custody after being featured on social media on Saturday.

Phiphat Singsane, 30, had grabbed a woman on a motorcycle and kissed her and had used his hands to grab her groin area and fondle her bottom.

The victim went to the Muang Ubon Ratchathani cops to file a complaint.

Phiphat was arrested Sunday – seemingly still in the same “Eat Me” T-shirt.

He told station chief Pol Col Adithep Phichadun that it was all a bit of fun and he didn’t think it would end up being a big deal.

He had been drinking lao khao (white spirit) all day and when he saw the woman he fancied a bit of a grope.

The perp and the cop were all smiles at the station.

But if the police take promised action Phiphat could end up in jail for molestation. 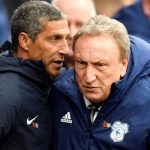