Volcanic ash from the eruption of Mount Merapi has reached Borobudur temple in Central Java, the temple’s conservation association said on Thursday.

“Ash exposure on the temple is thin, near the stupa. It’s evenly [covering] the entire surface of the temple,” Hari Setyawan, a staff member at the Borobudur Conservation Association told tempo.co.

The conservation team continues to observe the situation to anticipate any follow up eruption. The team is assessing the volcanic ash, with samples being analyzed at the conservation’s laboratory.

Additionally, the team has also prepared a cover for the stupa and floors of the temple. “We are following disaster response procedures and continue to monitor Merapi’s condition,” Hari said.

Mt Merapi erupted again at 2:56 a.m. on Thursday for four minutes. The eruption resulted in volcanic ash spewing at a height of 6,000 meters heading westward and could be heard from the Mt. Merapi observation post in Srumbung district, Magelang regency. The regency is also partially covered in ash following the eruption.

Magelang BPBD head Edy Susanto has urged residents to remain calm and stay alert. “Use masks and glasses when outdoors,” he said. 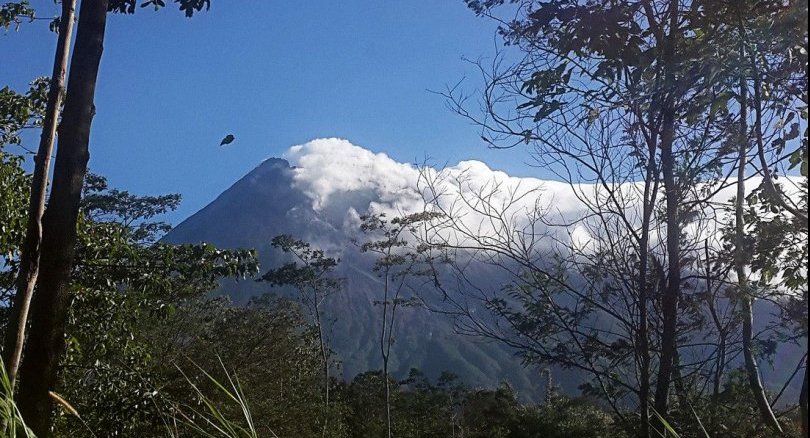