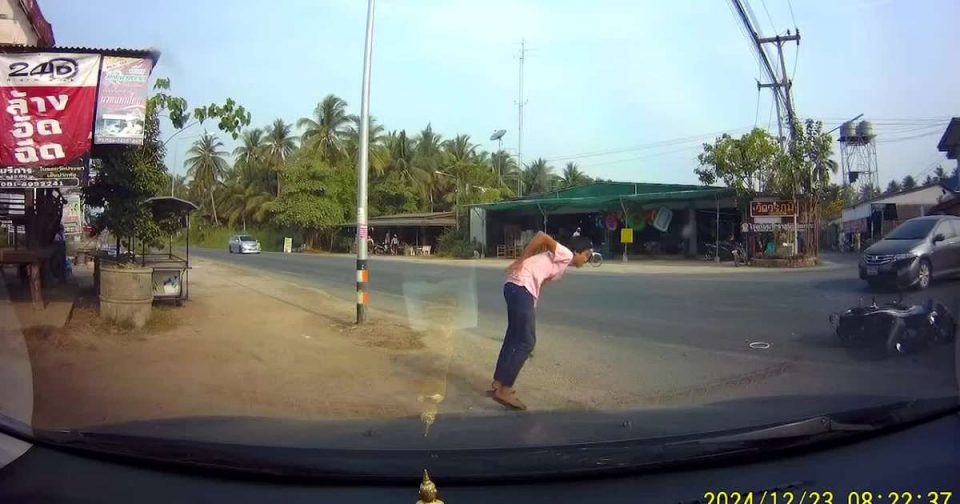 A motorcycle rider had to fling himself and his passenger to the ground when a careless driver pulled out from a side road.

The man and his partner were riding along the country road to the Amphawa floating market in Samut Songkhram, central Thailand, on April 9th just after 8a m.

However, a motorist startled them when they emerged from a junction without noticing the approaching riders. The quick-thinking rider fell to the ground so they both skidded along the hot tarmac – avoiding a head-on collision which may have been fatal.

Dashcam footage from motorist Dudsadee Audom captured the incident. He then rushed over to help the injured pair, who were both conscious but had suffered minor grazes.

The rider, in a pink shirt, is seen in the video jumping up and clutching his backside while the female in a white helmet walks over to the damaged bike and picks up an orange jacket.

Several pedestrians also rushed to help the victims and called the emergency rescuers. Fortunately, the two riders were not seriously hurt and were able to compose themselves on the grass verge at the side of the road before discussing compensation with the driver. Dudsadee said: ”The motorcycle rider was not speeding and it was daylight. It’s lucky that he was paying attention to the road, because the car tried to turn quickly without noticing them. 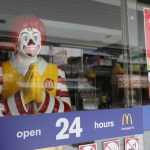 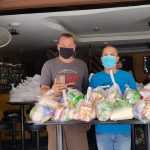