A team of police led by Lt Col Kritsanat Tanasuppanat of The Investigation Police Region 2 arrested a 24-year-old man at a motorbike repair shop on Soi Khao Noi.

The suspect’s urine was tested and was also positive for drugs according to local police.

The arrest came after officers were notified from the Children Families Protection Centre that a minor had been sexually harassed.

The suspect allegedly told police that the girl came to the motorbike repair shop to fix a motorbike.

He asked her to wait inside a back room as there was a fan and it was cooler. After that he allegedly followed her and demanded she get on a bed to perform sexual acts.

He allegedly began to touch her but the girl told him that she is pregnant. The suspect stopped and she fled, informing her family.

He is facing further legal action and is currently being held by police. 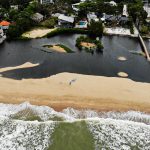 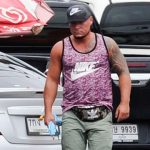 Ministry of Foreign Affairs letter detailing the procedure for non-Thai nationals to...