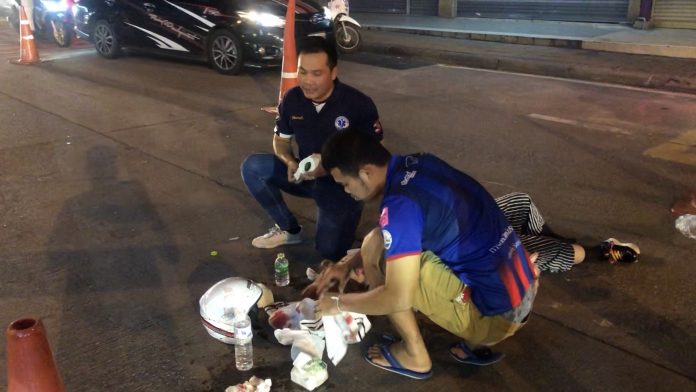 A female motorbike driver has been seriously injured after falling into a hole caused from underground cable construction in Central Pattaya last night.

Sawang Boriboon rescue workers were notified of an accident at 8:30 pm in front of Harbor Shopping Mall. 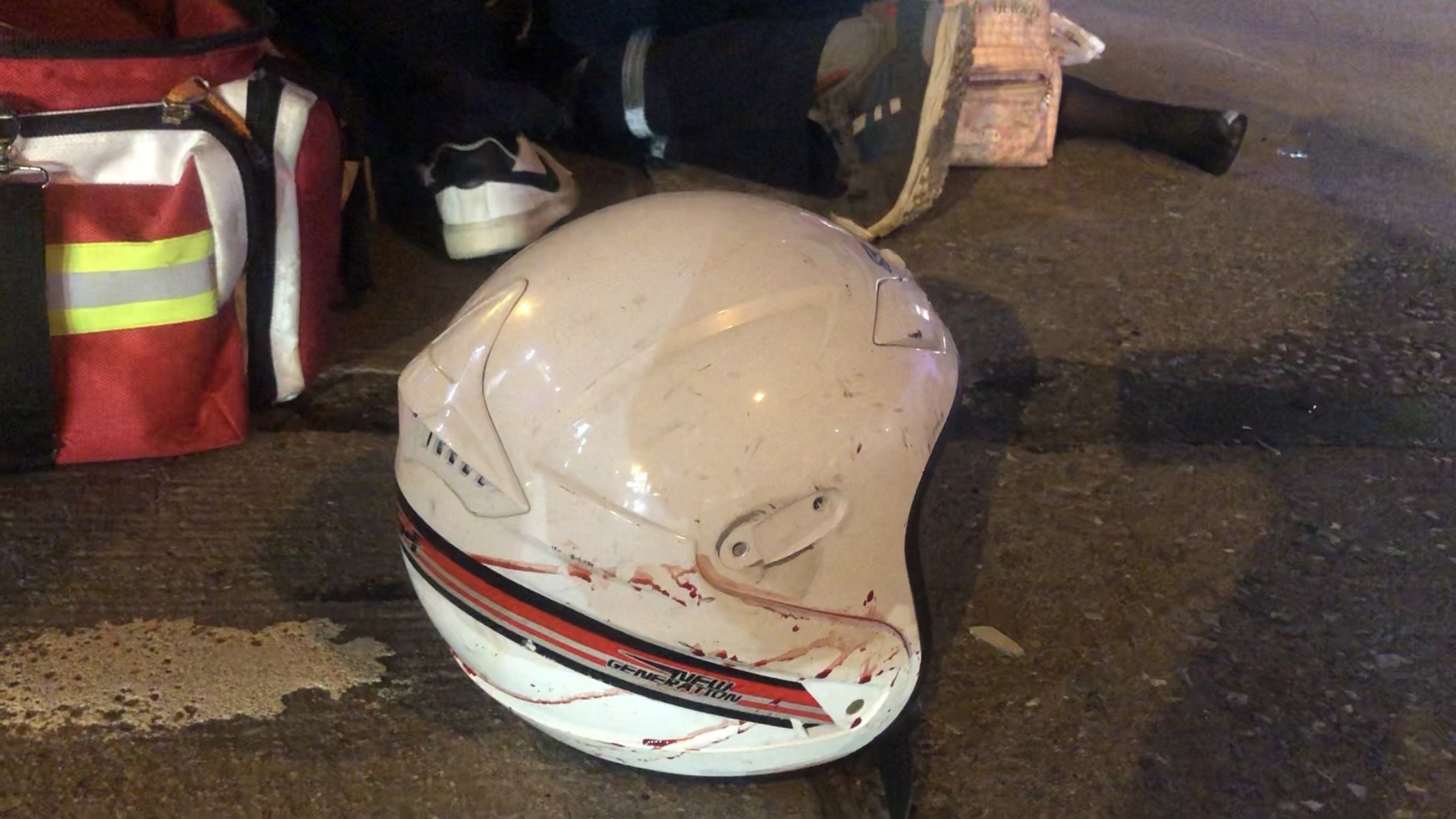 They arrived at the scene to find the injured driver, 28-year-old Artitaya Wekwaree, who had sustained serious injuries. She was rushed to Banglamung Hospital.

Ms. Wekwaree had been wearing a helmet which helped protect her from further injuries.
Nearby, the rescue team found her damaged motorbike and a hole where the road is being worked on for underground cables. 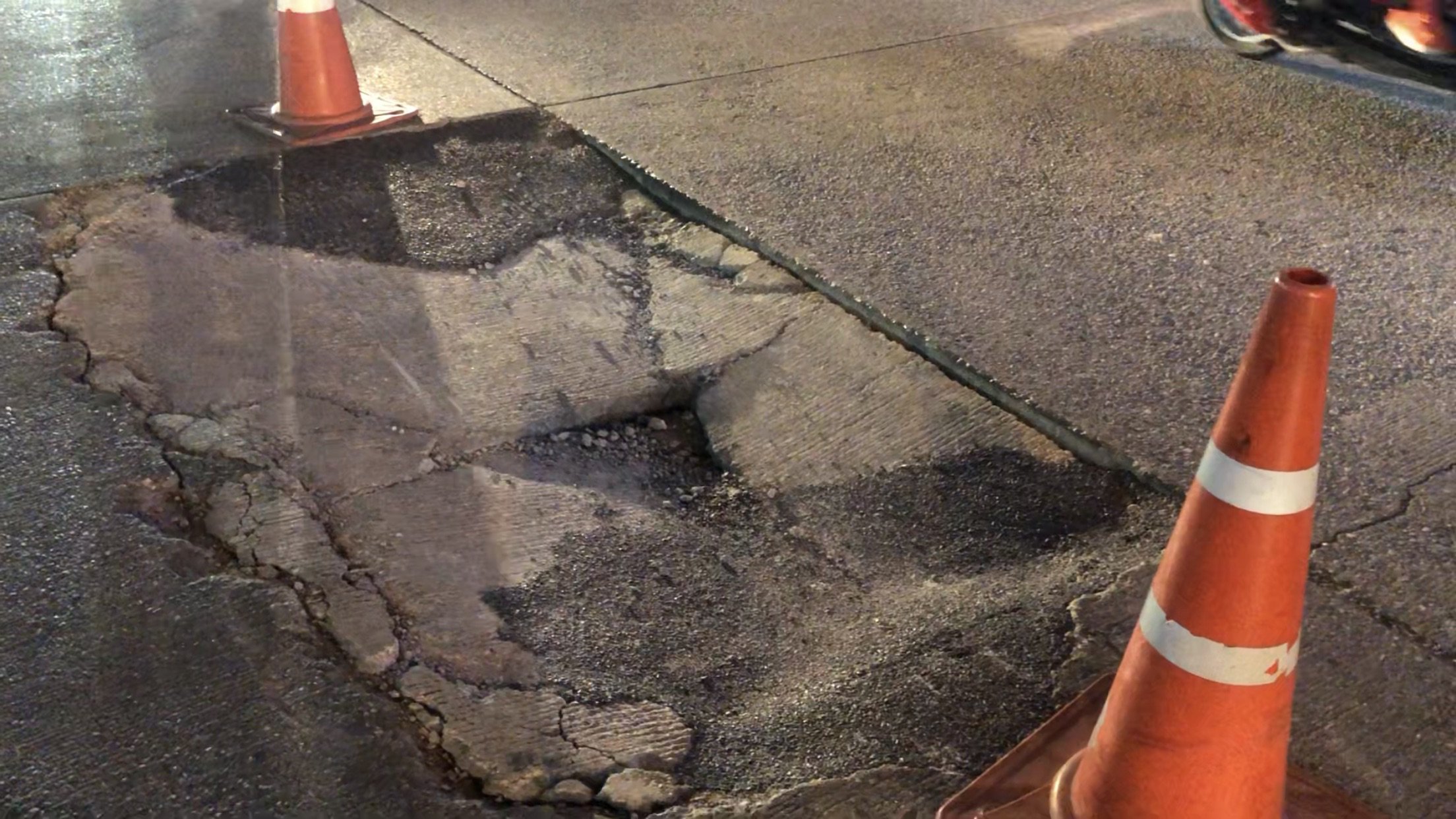 34-year-old witness Teerapan Littoe told The Pattaya News in an interview that there were many motorbike accidents in this area.

After this accident, an iron sheet has been placed on top of the hole while waiting for it to be fixed properly. 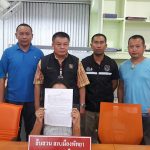