Home » Motorbike accident deaths: Thailand number one in the world 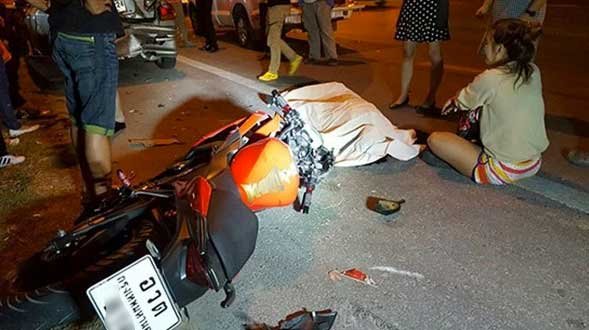 Experts at a conference promoting a motorcycle safety campaign have said that Thailand is number one in motorcycle accident deaths.

On average 5,500 motorcyclists die annually in Thailand and the figures are just going up and up despite measures to try and stop the increase.

And the problem is particularly bad among the nation’s youth, reported Manager.

Some 2,500 under twenties are dying annually on the roads.

The experts have now called on manufacturers of bikes in Thailand to use available technology to limit speeds to 90 kilometers per hour.

They said that the problem rests with the fact that speed sells but also that speed kills, nod it’s often the case that the accident was caused by speed here in Thailand.

It was stated that bike manufacturers were often obliged to install safety features for the export market that were not insisted upon for sales locally.

Thanapong Jinwong, a road safety advisor speaking at the launch of “Safety Bike” said that deaths in motorcycle accidents are going up and up unabated.

While the country has the dubious distinction of being number two in all road deaths per capita it was number one in motorcycle fatalities, he said.

“We have all the industrial capabilities with very little of the safety features,” he lamented.

“There needs to be more regulations for bikes slated for local sale”, he suggested.

While the experts accepted that driving habits and helmet use were vital the actions of the rider were only one part of the deadly equation.

Campaign leader Wanchai Meesiri said: “Everyone always points to the riders themselves but we also need to look closely at the vehicles and the roads”.

Dr Jinda Jaroenpornphanit said that everyone concerned needs to get to the root causes of the problem.

“At Songkran over the last ten years we have seen no lessening of accidents despite so called safety campaigns,” he said. “In fact the deaths continue to rise”.

He said his own students had died and he was tired of seeing the needless death of people, many of whom were very young.

He had studied for seven years in Japan and it was a source of shame to him when people there pointed to the fact of Thais not wearing helmets, using the sidewalks or going the wrong way down roads.

“As much as driving habits we need to look at the vehicles themselves. Computer technology exists to limit speeds”.

He said that 90 kilometers was too fast but if there was a cap on that speed as well as a campaign to slow motorcyclists down to 60 kilometers an hour that would have a dramatic effect on the figures.

He suggested that arguments that motorcyclists need high speeds to overtake were groundless.

A combination of driver training, helmet and safety gear usage, stopping drink driving and the cooperation of manufacturers was what was needed to begin to address the death toll.

All were in agreement that continuing to follow the path of recent years would have no success and result in the unnecessary death of thousands of people in the years to come.

Now was the time for a rethink and change, they said. 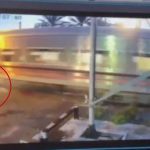 Video: Car hits express train – but you may not see a crazier accident all Songkran week 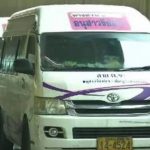 Van owner fined 20,000 baht for too many passengers on first day law goes into effect