Home » Mother killed, children injured after being hit by mercedes 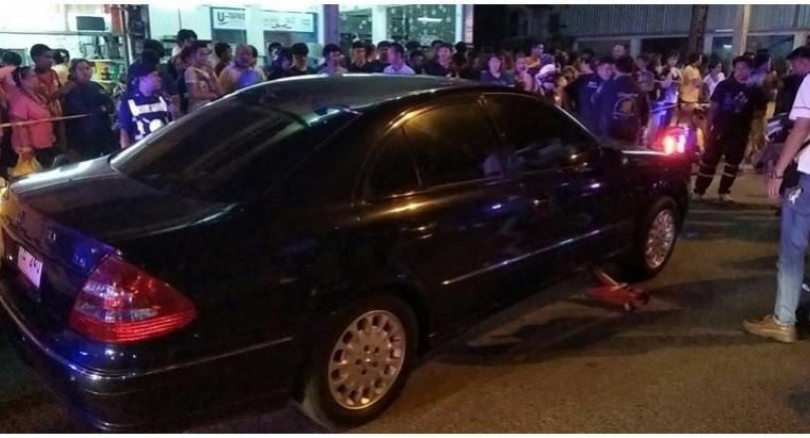 Mother killed, children injured after being hit by mercedes

A 28-year-old Thai woman was killed and her two children aged 8 and 10 were injured when their motorcycle collided with a Mercedes-Benz driven by a Middle-Eastern man at an intersection in Chon Buri’s Bang Lamung district at 10pm on Saturday night.

The unnamed foreigner allegedly tried to escape the scene, dragging the body of the woman stuck under his car for 150 metres before being stopped and apprehended by good samaritans in the area. Some by-standers became angry after witnessing the events and assaulted the driver, prompting police to quickly remove him from the scene to face charges at the precinct.

The deceased victim was identified as Pawinee Kaewcham. Her children were rushed to hospital while her husband, who had driven the motorcycle, was not injured. An unnamed third person who was riding a nearby motorcycle, was also injured and rushed to hospital after being hit by the couple’s motorcycle after it had crashed with the car.An 18-year-old eyewitness told police that the family of four was waiting on the motorcycle for a green light at the intersection when the speeding Mercedes-Benz suddenly hit them, knocking Pawinee off the motorbike and dragging her along with it. 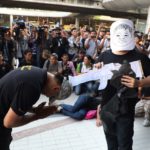 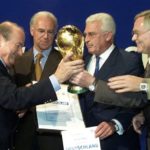