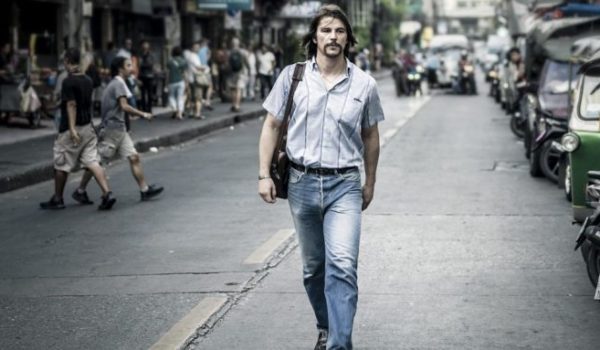 A true crime saga of yesteryear that remains eternally relevant, “Most Wanted” recounts a complex caper that spans nations and involves law enforcement, grifters, crusading journalists and a sap, a Canadian drug addict railroaded into a Thai prison for 100 years.

With echoes of “Midnight Express,” the drug smuggling classic of the ’70s that put gullible Westerners in Third World nightmares, “Most Wanted” is far more sophisticated.

It doesn’t romanticize its sweet but dim (very dim) junkie Daniel (Antoine-Olivier Pilon) and sees him, rightfully, as a pawn of just about everyone he meets.

Out of prison and homeless, Daniel is happy to find work on a yacht. Picker (Jim Gaffigan, just terrifically sleazy) is also a druggie, inveterate liar and supreme hustler who cons Canadian undercover cops into believing he’s connected to Thailand’s international drug trade.

Sure, he’s transparently, comically devious but not to the Canadian Security Intelligence Service’s undercover cops, led by Stephen McHattie’s Frank Cooper, who have no qualms giving him thousands of dollars for “information” and, crucially, a “drug kingpin” whom they can nail for importing kilos of Thai heroin.

That’s where dim Daniel is so useful.

Writer-director Daniel Roby has such a terrific eye for faces and an incisive way of photographing his large cast, that the story with its many facets could unfold silently, for these pictures really do tell the story.

Roby uses Gaffigan’s hairy bulk like a bulldozer that seethes and steams over every obstacle, whether it’s Cooper the cop whose pinched features suggest his blood’s been sucked dry by Dracula or the very pale, frequently half-naked Daniel, who is continually seen as a figure ready to be lain on an altar and sacrificed.

This is a notorious — if terribly familiar — look at corrupt, lawless police, entrapment, intimidation. And a couple of good guys.

They are led by Toronto investigative journalist Victor Malarek (Josh Hartnett), who really did pursue a story no one cared about, even though it was an innocent Canadian citizen jailed for life and a patsy for a coverup by law enforcement.

Hartnett, strikingly tall, lean and fearless as Malarek, conveys the bitter realities of a diminished press with diminished resources.

This being 1989, the “war on drugs” meant headlines and lots and lots of money for drug buys and information. And virtually no progress with the “war.”

Pilon, a ringer for Caleb Landry Jones of “The Outpost,” almost makes us forgive Daniel’s frequent and continued stupidity. In reality, “Daniel” was Alain Olivier. As the film’s postscript makes clear, for the crooks and slimebags involved, justice was hardly served, mostly evaded. 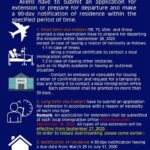 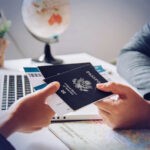