Thailand made significant efforts to curb smoking on the occasion of World No Tobacco Day, which falls on May 31 every year.

Anti-smoking events were organised at various corners of the country on Thursday.

“Smoke-free area” signs were erected at every mosque in Songkhla.

At the Yamee-ulmultakeen Mosque in the province’s Hat Yai district, campaigners actively urged Muslims to abstain from smoking during the ongoing month of Ramadan.

Muslims abstain from food, smoking and other indulgences from dawn till sunset during the holy month. Activists, therefore, believe it can be a good start for smokers to try to shake off their smoking habit.

In Phitsanulok province, the Buddhachinaraj Hospital invited smokers to its anti-smoking clinic for counselling and nicotine-free gum.

“It’s bad for the lungs, heart and blood vessels,” he said.

In Bangkok, the Siriraj Hospital organised a seminar on the dangers of smoking so as to encourage people to stay clear of cigarettes. 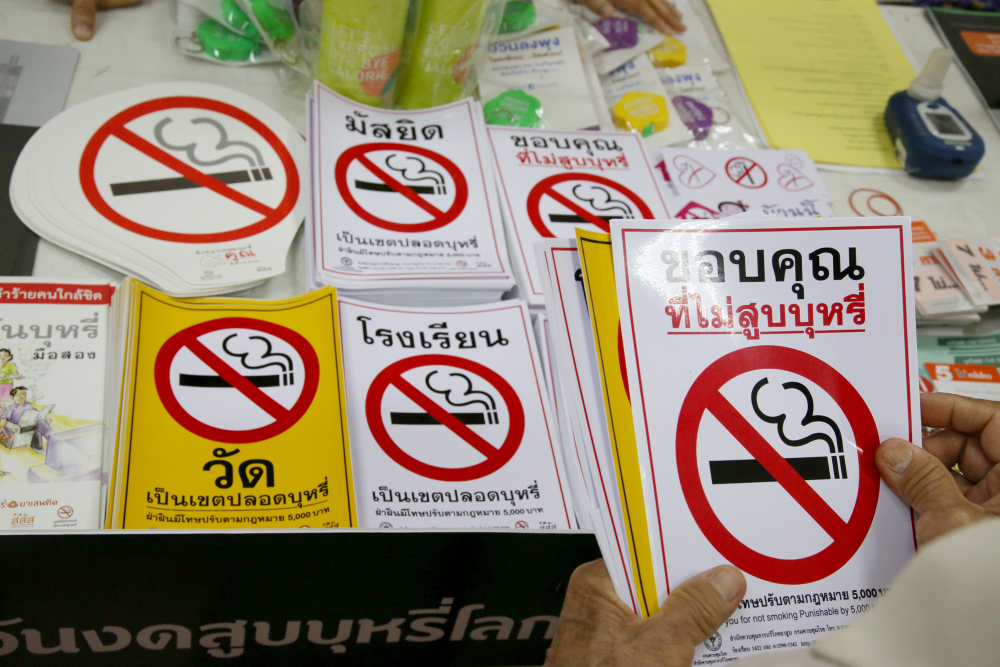 Free counselling was also provided to people who wanted advice on how to quit smoking.