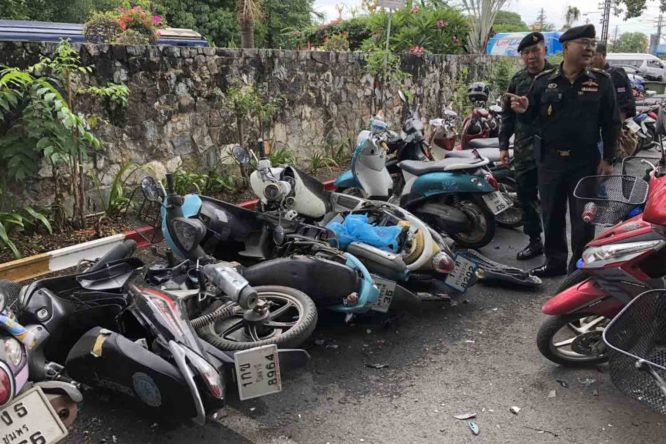 At about noon on Sunday staff of the train station informed local police of the three motorcycles, one of which had been parked there for a week, since July 28.

A bomb squad then arrived, and sniffer dogs were deployed.

The train station was closed and a 200-metre radius was cordoned off. All trains were barred from entering the station, leaving many train passengers stranded.

Bomb experts shot high-speed jets of water at the three motorcycles before examining them.

They did not find any explosives, and the vehicles were then taken to Hua Hin police station. The security operation took about three hours.

Police later found from surveillance camera footage that a woman parked the blue Yamaha Mio motorcycle at the Hua Hin train station on July 28 before boarding a train.

The two other motorcycles had been parked there since Friday, when a series of bombs were found in greater Bangkok.

Later a 31-year-old woman identified as Nuree Han showed up to claim the red Honda Wave motorcycle registered in Pattani.

She said that her husband parked it at the train station before heading for his home in Pattani to attend the funeral of a relative.

She did not immediately accompany him, she said, because she had just delivered a baby girl.

She arrived at the Hua Hin train station on Sunday to board a train to follow her husband, only to find that their motorcycle had been partially destroyed. 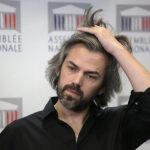