Home » ‘Monster that devours’: Meghan’s dad, royals and the media

Hounded by the paparazzi, Meghan Markle’s father has been caught up in the complex and often bitter relationship between Britain’s royals and the media ahead of her wedding to Prince Harry.

Thomas Markle, 73, is reportedly undergoing heart surgery and will not be able to walk his daughter down the aisle during the marriage on Saturday at Windsor Castle.

But his presence was already mired in scandal after he staged photographs for the media of his wedding preparations, despite earlier having complained about press intrusion.

The row is a PR disaster for the palace, which has until now executed a faultless operation of well-timed announcements on cakes, bridesmaids and other wedding details.

But more importantly for the long-term, it risks further souring relations between the media and Prince Harry, who still blames the paparazzi for the death of his mother Diana.

“Whatever happens on the day, the events of the past week will leave a poisonous legacy,” wrote Valentine Low, a royal reporter in The Times.

“Prince Harry… will inevitably blame the media for what has happened. Given what happened to his mother many will agree with him.”

His daughter Samantha, Markle’s half-sister, said photographers rented the house next door to his in Mexico and followed him as he drove around.

She compared the situation to that of Diana, who died in a car crash in Paris in 1997 after being pursued by photographers.

She defended her father’s decision to try to control his own image by cooperating with a few chosen journalists — something Diana herself did.

The palace believes it needs to engage with the public to remain relevant, and the royals use the press to promote their pet causes, most recently for Prince Harry the issue of mental health.

Some commentators said Thomas Markle should have been better advised about how to handle the inevitable public interest.

“The royalty-media-public intersection is a monster that devours those who don’t know how to handle it,” noted another newspaper columnist, Jane Merrick.

After the horror of Diana’s death, there was a truce between the royals and the media, who — in Britain at least — largely left her young sons William and Harry alone while they grew up.

But in his 20s, Harry regularly made the headlines, including the now infamous Las Vegas naked photos, while his military service in Afghanistan was abruptly ended after a media blackout was broken, sparking fears for his safety.

When he first began dating Markle, Harry issued an extraordinary statement warning about a “wave of abuse and harassment” towards her, some of it racial in tone.

His older brother William, the second in line to the throne, has also been forced to act repeatedly to limit the media scrutiny of his wife Kate and their children.

In 2015, the palace warned that photographers were “going to increasingly extreme lengths” to photograph the then two-year-old Prince George.

It said one photographer hid in the boot of his car parked outside a playground, his camera peeping out a hole, while another hid in sand dunes on a beach to take photos of the boy and his grandmother.

Some believe that for all the discussion about royal privacy — and in Britain, the row over phone-hacking and other intrusion — public interest will always win out.

“There is hand-wringing, and then there is the reality: a paparazzo once told me that one shot, the right shot, could keep him for a year,” wrote columnist Suzanne Moore in The Guardian newspaper.

“One shot — tears, tits and tiaras — will sell all over the world.” 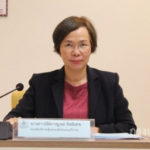