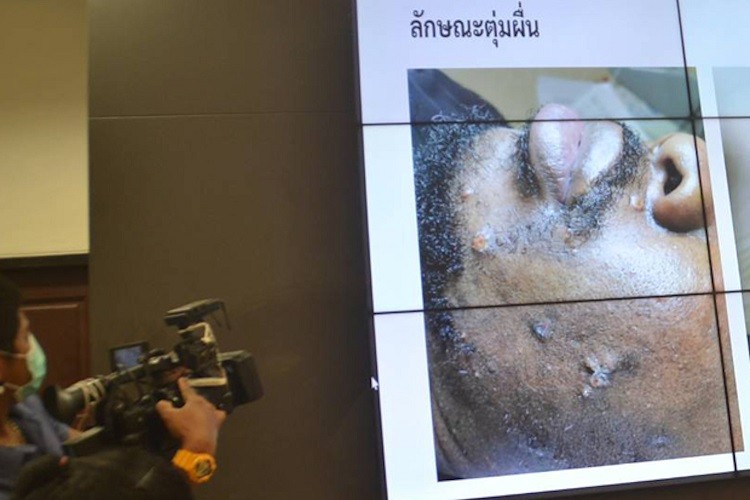 Police in Cambodia have arrested a Nigerian man who fled there from Thailand after being diagnosed with monkeypox — the first known case in the country — earlier this week in Phuket.

The arrest took place on Saturday afternoon at a market in Phnom Penh, the Khmer Times reported, quoting Keut Chhe, the deputy governor of the Cambodian capital district.

After his arrest, the 27-year-old man was handed over to the Cambodian Ministry of Health. Because he represents the first monkeypox case in Cambodia, officials there have urgently begun tracing to find out where the man has been and who he has had contact with since entering the country.

The man was believed to have crossed into Cambodia on Friday after his mobile phone signal was detected in a Thai border province, said Dr Opas Karnkawinpong, director-general of the Department of Disease Control.

Speaking at a briefing earlier on Saturday, Dr Opas did not name the province or the neighbouring country but his presentation showed the location as Sa Kaeo, which borders Banteay Meanchey province in Cambodia.

Subsequent reports in Cambodia suggested the man might have been heading for the seaside resort town of Sihanoukville. However, it now appears that he instead made his way to Phnom Penh, which has a large Nigerian expat community, according to the Khmer Times.

Dr Opas said the 27-year-old Nigerian fled with help from other people, adding that police would be asked to take action against anyone who facilitated his escape.

Public health officials have not identified the man by name out of respect for medical privacy, but it has been widely reported in both social and mainstream media.

Pichet Panapong, the deputy governor of Phuket, said all he knew was that the man had left the island.

Public Health Minister Anutin Charnvirakul said the Department of Disease Control had tracked down those who had close contact with the patient.

“As of now, new monkeypox cases have not been reported,” he said on Saturday. “People have no need to worry as every member of the at-risk group is being closely monitored by the department.”

The man reportedly boarded Ethiopian Airlines flight ET0618 to Suvarnabhumi airport on Oct 21 with a non-immigrant visa to study language at a university in Chiang Mai until Jan 18, according to the Public Health Ministry.

Phuket officials said the man went to a private hospital on the island on July 16 a week after he developed a fever, coughing, a sore throat and runny nose. He also had a rash and lesions on his genital area that spread to other parts of his body and face.

The doctor suspected the man may have been infected with monkeypox so samples from the patient were sent for verification. A PCR lab test by the Thai Red Cross Emerging Infectious Diseases Clinical Centre on Tuesday confirmed monkeypox. This was later confirmed by tests arranged by the Department of Disease Control.

Later the hospital tried to contact the man to tell him to receive treatment at the state-run Vachira Phuket Hospital, but he had turned off his mobile phone. Officials went to his apartment in Kathu district to arrange treatment but he was not there.

Mr Pichet said two people who had been in close contact with the Nigerian patient had their blood samples tested and the results came back negative. A taxi driver who took the infected man to various places in Phuket was being taken for blood tests on Saturday, the deputy governor added. 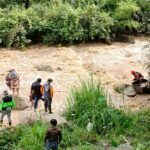 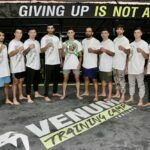