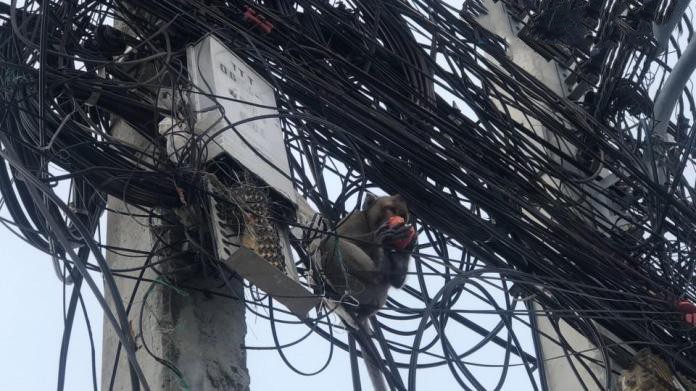 A monkey was found running and eating along electric works on power poles in Nongprue yesterday afternoon, amusing local residents.

The monkey was seen running and eating along various cable and the electric wires on power poles on Pannakan Road at about 5:30 PM yesterday. Although common in Thailand monkeys tend to be more rare in the direct Pattaya and city area, generally sticking to forests and jungles outside the city.

Staffers from a noodle restaurant that first noticed the monkey told The Pattaya News that they gave some fruit to the cute monkey as he looked hungry.

It ate a few fruits before climbing back on to the cables on nearby power poles. The noodle shop was unsure who to call regarding a monkey in the area, which they agreed was unusual.

Other residents called on animal control officials to find the monkey and help it back to a nearby forest. They are worried that it is dangerous for the monkey to run around the city. They were also worried the monkey could get electrocuted. A video of the monkey’s escapades is below. 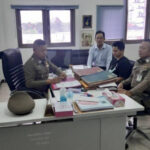 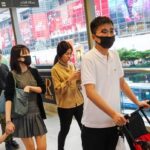