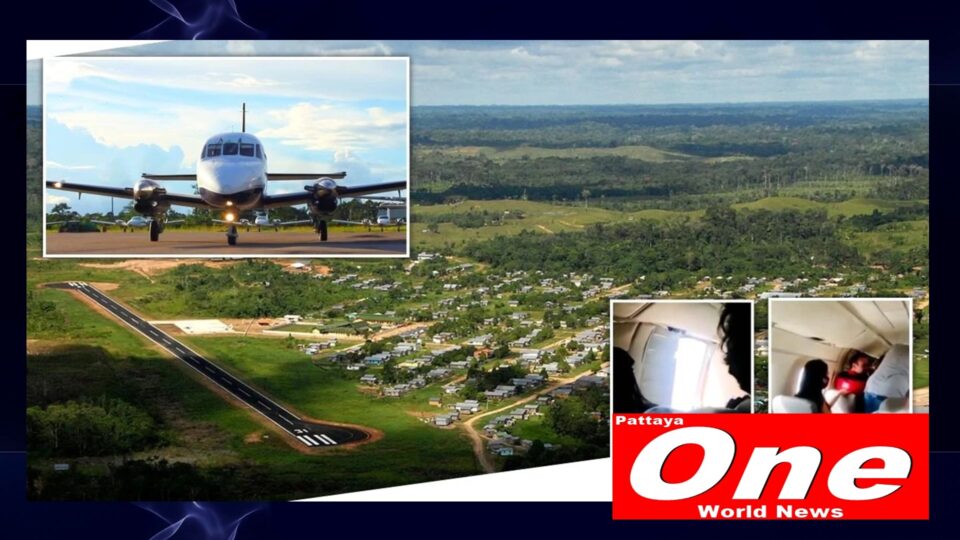 Terrifying footage shows the moment desperate passengers clasped onto a plane door that had flung open.

The short clip is enough to make even the most confident of frequent flyers feel nauseous.

The footage, from Brazil, shows two men holding the door as their fellow passengers nervously glance out the window.

The men clung on for 20 minutes until the plane landed safely.

Reports later stated that a broken support cable was to blame for the shocking accident.

The type of plane, an Embraer 110 Bandeirante, can typically fly between 15 and 21 passengers.

In this instance, it had taken off at 12.30pm with 12 people on board on Tuesday.

It had flown from the municipality of Jordao to Rio Branco, in northern Brazil.

Panic soon set in when the left door suddenly flew open and wind blew into the plane.

The door’s handrail then swung into the propeller of the plane’s left engine.

Two men were able to grab hold off the door and keep it shut as others watched on.

Meanwhile, the plane’s pilot deactivated the engine as a precaution. He then managed to guide the plane to a safe landing.

No injuries were reported on board. 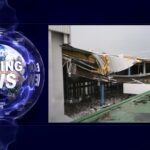 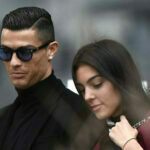