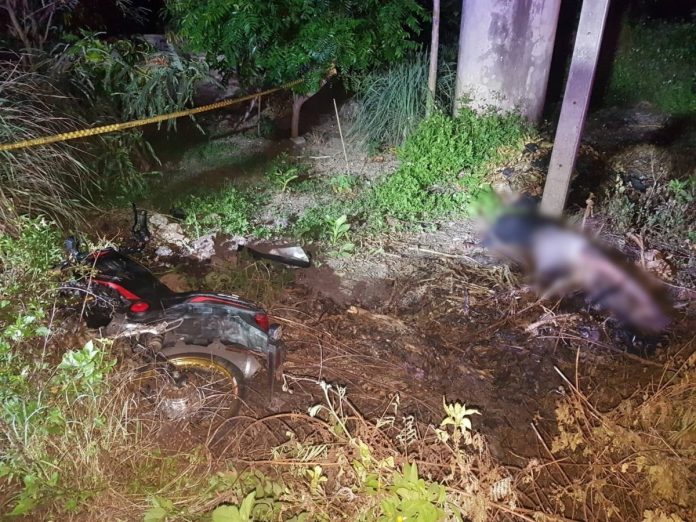 The body of a 14-year-old school student was discovered by the side of a road in Phrao Saturday, June 22.

The child had gone missing the day before, June 21 with his parents having reported him missing to police.

The missing child, Kawinphob Mualang, was found it a ditch along Sai Phrao – Chiang Dao Road just before Tambon Ban Pong, where the boy lived, by a passerby at 9:30 p.m.

He was founded with wounds to his head along with the motorcycle he had last been seen riding. He wasn’t wearing a helmet.

The cause of the accident is currently not known although police are not ruling out that he may have been hit by another moto   , changmai one