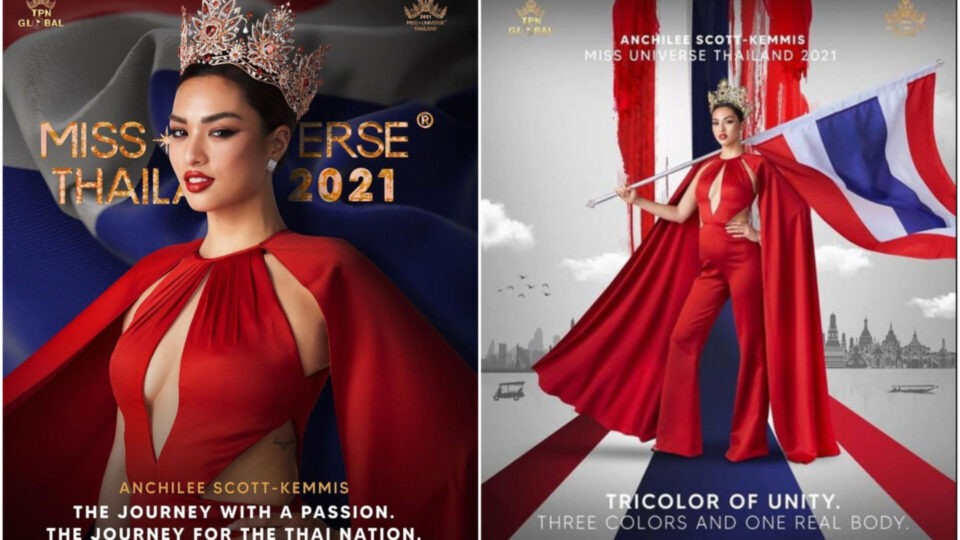 Police action has been sought against Miss Universe Thailand Anchilee Scott-Kemmis for standing on what looks like a Thai flag in a picture featured on the pageant organiser’s website.

The action was filed with Pol Lt Gen Samran Nuanma, commissioner of the Metropolitan Police Bureau (MPB), via the bureau’s office by Sonthiya Sawasdee, a former adviser to the House committee on law, justice and human rights on Tuesday.

The picture, which depicts the beauty queen striking a pose on painted stripes resembling the colours of the national flag, was released online in a promotional campaign before Anchilee competes in the 70th Miss Universe pageant in Israel on Dec 12.

Mr Sonthiya said he wanted the MPB to investigate the alleged abuse of the flag so as not to set a bad example for young people, as Anchilee has a large following on social media.

He said the reigning Miss Universe Thailand may be unaware that standing on a national flag is deemed inappropriate.

He was curious to know if the pageant had secured prior permission from the PM’s Office in using the image of the flag for the picture.

He insisted he would not be seeking any jail terms, but was merely taking measures to protect the prestige of the national flag.

Meanwhile, Decha Kittiwitthayanan, head of the Thanai Klai Took lawyers’ network, said offences against the national flag carry a maximum jail term of two years, a fine of up to 40,000 baht or both.

However, he did not think Anchilee would be held criminally accountable as she does not appear to have any ill intentions. 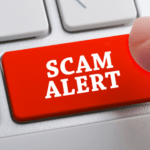 Drop the scams on foreign visitors