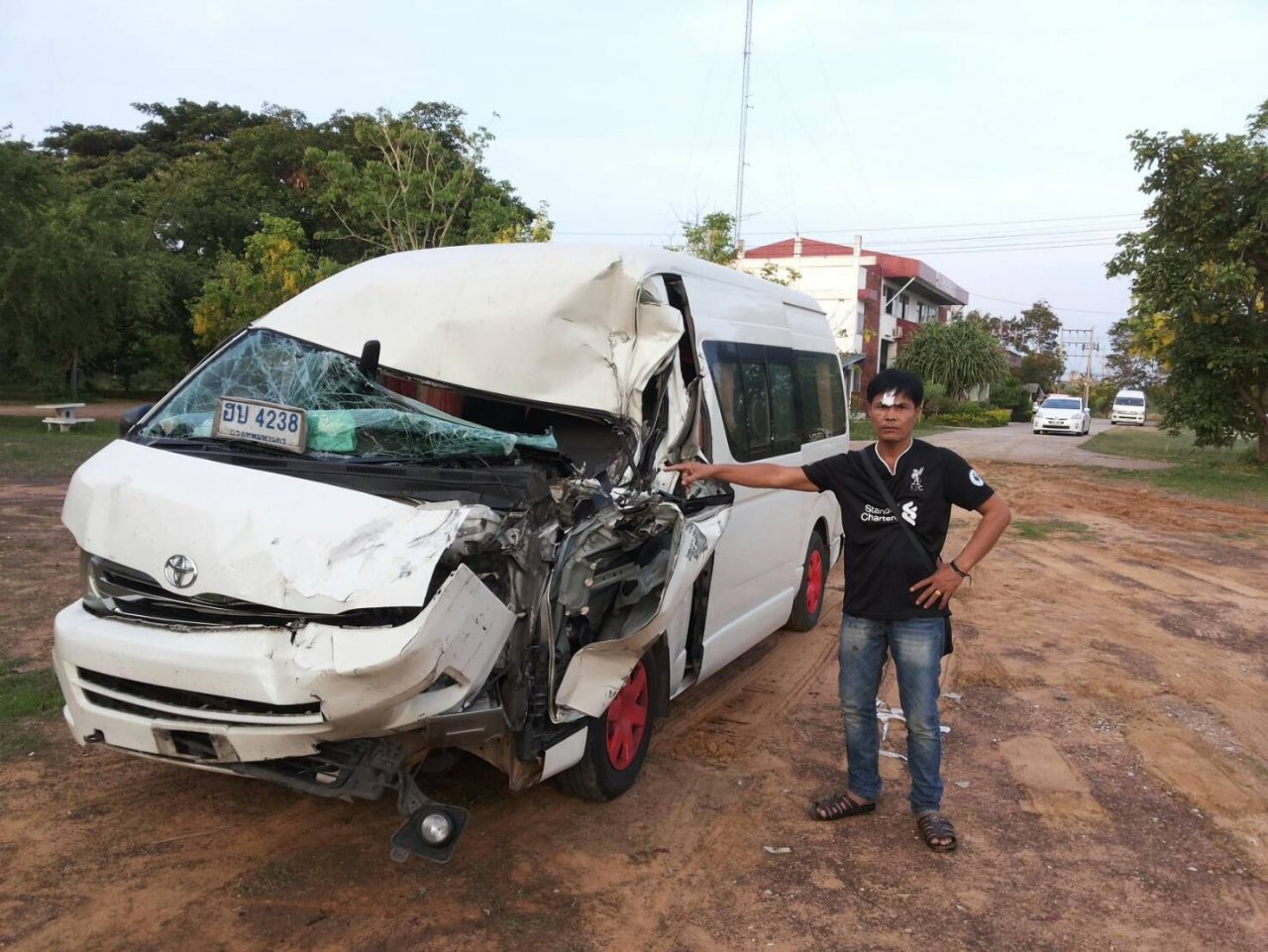 A charter van driver had a lucky escape after collided into the back of a trailer truck on the Mitraparp Highway in Tambon Sam Muang of Nakhon Ratchasima’s Sida district early Sunday morning but all three passenger and the van driver escaped with minor injuries including scratches and bruises.

Police initially suspected the accident at the dimly lit area stemmed from 47-year-old van driver Somchai Kornchaiya dozing off behind the wheel, said case investigator Pol Captian Suthep Namklang. He added that police would interview both Somchai and the truck driver Thawatchai Larpkhunthod to determine the cause of accident later.

Following the accident report at 2.30am, police found the van its severely dented front end stuck to the trailer truck’s rear bumper, while the wounded passengers were sent to Sida Hospital.

Pongladda told police that she and two relatives hired the van to travel from Bangkok to visit their hometown in Maha Sarakham’s Kosum Pisai district. She called the incident a miraculous escape from death, as she was seated in the front seat, which was severely damaged. 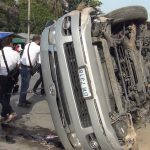 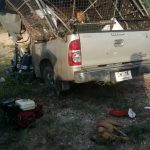