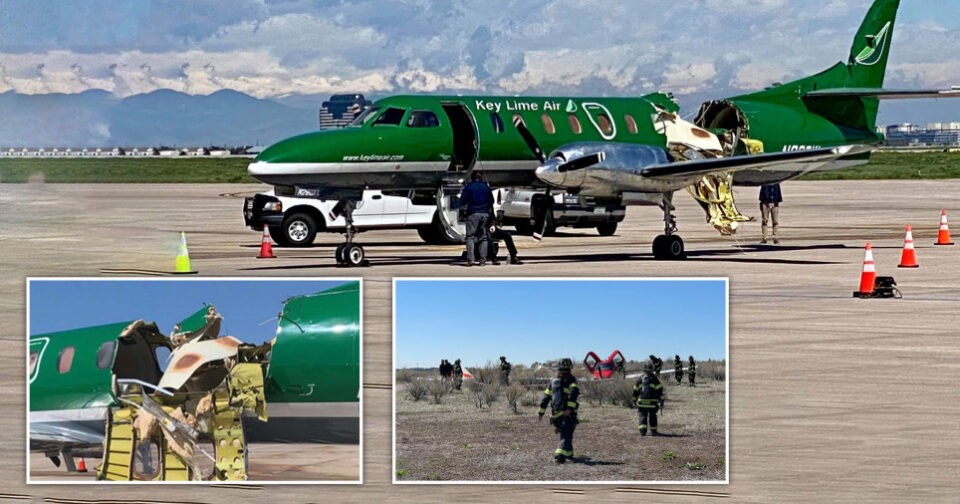 A pilot and one passenger who were on the other plane, a Cirrus SR22 single-engine aircraft, also safely landed after deploying their parachute to float to the ground.

Photos of the worst damaged plane after landing shows how the aircraft’s rear fuselage had suffered extensive damage in the accident.

The plane’s interior can be seen hanging out with the interior completely exposed.

The National Transportation Safety Board said it is launching an investigation into the incident.

Flight tracking websites show the planes collided as they both turned toward Centennial Airport’s parallel runways, in Denver.

The messages were conveyed on different air traffic control frequencies, the outlet reported.

The Cirrus’ pilots were warned not to steer too far east and stay toward the west end of Cherry Creek Reservoir as they approached to land.

Air traffic control warned the Cirrus that the Key Lime Air plane was nearby but moments later, the planes collided.

‘Looks like the right engine failed so I’m going to continue my landing’, the Key Lime Air pilot said, apparently not realizing the collision had happened.

Another pilot then called air traffic controllers to say they saw the Cirrus with its parachute deployed, indicating there was a collision 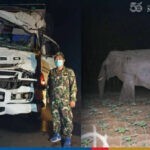