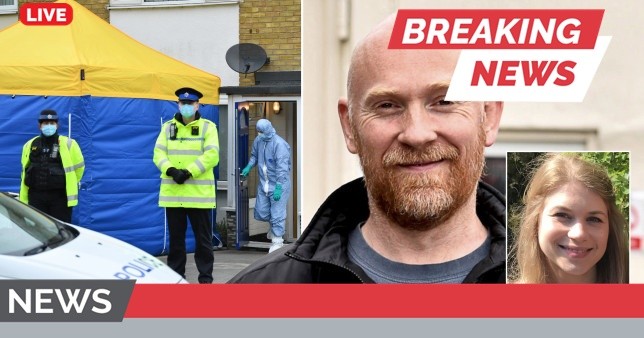 A serving Met police officer has been arrested on suspicion of murder following the disappearance of Sarah Everard.

Ms Everard, 33, was last seen a week ago in Clapham, south London, on her way home from a friend’s house.

The suspect, in his 40s, is an officer with the Parliamentary and Diplomatic Protection Command, the Met said.

A woman, in her 30s, is also in custody after being arrested on suspicion of assisting an offender.

The Met said Ms Everard had not yet been found.

Her cousin, Tom Everard, said the family want to “focus on the facts as they emerge”.

“I want to encourage people to come forward with anything they might have, and to continue supporting the police investigation,” the 36-year-old added.

“We have to believe Sarah will still be found and brought back safely.”

Officers are currently searching locations in London and Kent including a property in Deal and an area of woodland near Ashford.

The arrested officer, who was initially held on suspicion of kidnap, is also being questioned about a separate allegation of indecent exposure.

He was responsible for uniformed patrolling of diplomatic premises – including Downing Street, the Palace of Westminster, as well as foreign embassies in London.

He was off duty at the time of his arrest.

Since last Wednesday, officers have visited more than 750 homes in the Clapham area and have received more than 120 phone calls from the public, the Met said.

Marketing executive Ms Everard vanished on 3 March and was last captured on a doorbell camera walking alone along the A205 Poynders Road towards Tulse Hill at about 21:30 GMT.

Ms Everard’s family previously said it was out of character for her to disappear.

She is thought to have walked through Clapham Common towards her house in Brixton – a journey which should have taken about 50 minutes.

Speaking after the arrest on Tuesday, Assistant Commissioner Nick Ephgrave said: “The fact that the man who has been arrested is a serving Metropolitan Police officer is both shocking and deeply disturbing

Ms Everard, who is originally from York and attended Durham University, was last seen wearing a green rain jacket, navy blue trousers with a white diamond pattern, and turquoise and orange trainers. She is thought to have been wearing green earphones and a white beanie hat.

Prime Minister Boris Johnson said his thoughts were with Ms Everard and her friends and family.

After the arrest the Met referred itself to the Independent Office for Police Conduct (IOPC).

The IOPC said a mandatory referral was made in relation to the Met’s actions after Ms Everard was reported missing.

This morning Mr Ephgrave described the arrest of a serving Met Police officer as both shocking and disturbing.

That officer has now been further arrested on suspicion of murder.

It’s unusual for such a senior officer to give a statement at this stage of an investigation and perhaps reflects the horror felt within the force – a profession where colleagues often describe themselves as family.

We have now learnt the arrested officer is in his 40s and works in the Parliamentary and Diplomatic Protection Command where his primary role was to patrol diplomatic premises.

Understandably, Sarah’s disappearance has made some people in and around Clapham nervous for their own safety.

Social media users have said the arrest of a police officer has heightened anxiety.

The Mayor of London, Sadiq Khan said: “All women and girls should be able to feel safe on the streets of London at all times.

“I know how shocked and worried Londoners are by Sarah’s disappearance and the developments in the case.”

At a press conference this evening, Metropolitan Police commissioner Cressida Dick confirmed that ‘human remains’ had been found in an area of woodland in Ashford, Kent. She added: ‘We are not able to confirm any identity. That may take some considerable time.’ 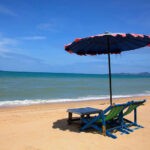 Arrivals in Pattaya down 98% in January 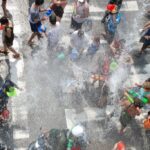 Songkran could be dry and talc free this year