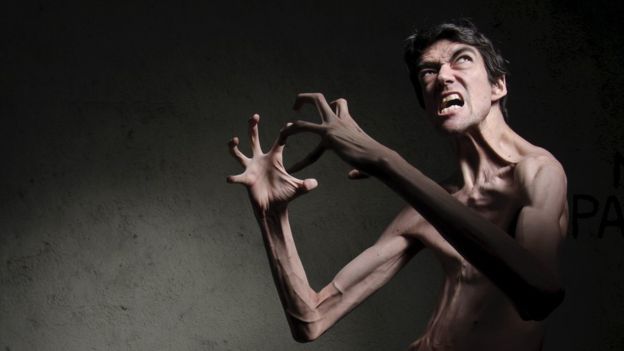 Though not a household name, the Spaniard has a portfolio that many in the movie business would kill for.

Over the last few years, the 6ft 6in actor has starred in some of Hollywood’s biggest horror and fantasy productions.

From It to Mama to Slender Man – with a Game of Thrones cameo along the way – Javier has forged a reputation as one of the best creature actors in the industry.

Spending his childhood in a small city north of Madrid, Javier developed a love of science fiction and the supernatural.

He grew up drawing monsters and eventually moved to the capital to pursue art. While there, he started getting interested in cinema and producing short films.

At one point, he went along to a special effects workshop. Both he and the tutor suggested his frame would be perfect to try out monster make-up on.

“I didn’t realize but I was born to perform,” Javier says.

“I have a disease called Marfan syndrome. It makes people skinnier, taller, and very flexible.”

“So I was all my life very flexible, all my life doing weird tricks and things to enjoy with my friends [using] very creepy movement.”

His condition means his limbs and fingers are longer than average and are able to move in unusual ways.

The tutor put him forward for roles, and within a couple of months, he got a small part in his first Spanish film. This set the ball rolling for exposure.

His “lucky break” into Hollywood came while advertising his work in a Spanish horror film series, Rec 2, at a 2009 convention in Texas.

There, he met Argentine director Andrés Muschietti promoting a short, called Mama, that he hoped to turn into a full feature.

He told Javier he’d be perfect in the title role – and one year later, with Guillermo del Toro onboard as the film’s producer, Javier was officially asked.

But when the film came out in 2013, many fans assumed Mama – a female ghost – was created digitally.

“So nobody really knew that 90% of what they saw was totally mine, was physical work,” he says.

The clip has been viewed hundreds of thousands of times since. Many directors and producers have credited it for why they hired him.

He laughs when joking that his “best work” was probably the YouTube clip.

“So that was the real point that makes my career grow,” he says. “Because a lot of people knew that my work without CGI is almost as good – it doesn’t need much more help in digital.”

Since, he has starred in massive horror franchises like Insidious, Alien and The Conjuring.

He also played parts in The Mummy, The Revenant and made a particularly memorable appearance as a leper in the 2017 remake of Steven King’s It.

The film became a break-out box office success in 2017 – and later this year he will also star in the sequel with a new adult cast.

Most recently, he was seen as a member of the un-dead stalking Arya Stark in an epic episode of Game of Thrones’ final series.

As a life-long fan of the genre, he describes working on these productions with major Hollywood stars as “like a gift”.

Javier says he never gets scared by what he sees in the mirror. His social media accounts are full of funny behind-the-scenes photographs and videos, often in full costume.

His mother, in her 60s, has become a horror movie convert. After initially being scared, she now even takes friends along to the cinema to see Javier’s films when he is working out of the country.

“In the beginning, it was a little harder. She’d say ‘I want you to play drama roles and a nice guy’,” Javier says.

In Spain, it isn’t all horror though – Javier stars in comedies and writes and directs his own work, too.

But he still really enjoys his Hollywood horror roles – and always tries to learn new techniques, like dance, to enrich his performances.

Transforming into these roles can involve hours and hours in the make-up chair.

One of the people responsible for bringing his characters to life is Spanish make-up artist David Martí from DDTSFX.

He has worked with Javier on several films, including Crimson Peak, which also starred another “monster” actor heavyweight in Doug Jones. David won an Oscar for his work on Jones in Pan’s Labyrinth.

Having also grown up in Spain in the 1980s, David recalls trying to teach himself how to create horror looks, inspired by imported US magazines like Fangoria.

It was a lot of trial and error. In one example, he remembers not understanding what “foam latex” was and tried to use sofa filling to recreate a look.

He describes the final product of creatures and characters as often a collaboration – with some directors more involved in the concept than others.

He says the final look can be a development process, with designs often changing throughout production.

David has high praise for the actors, including Javier, beneath all the make-up.

“A lot of times they call them creature performers or monster guy – which is not correct, they are actors,” David says. “I see people like Doug or Javier and it’s like ‘What the hell?’ You should not wear a mask.”

He says he briefly considered whether he should switch professions to CGI in the 1990s after seeing its pioneering use in productions like Jurassic Park – assuming his job would eventually become redundant.

“But CGI didn’t take us out of a job, it’s actually giving us more of a job and that’s a good thing,” David says.

Often the two skills can complement each other. On Mama and Crimson Peak, digital effects were added to enhance DDTSFX’s work.

Javier believes that no matter how far technology goes, actors like himself will always have value in the industry.

“When there’s something digital, anything can happen. It’s like a cartoon – you lose the scare and the fear,” he says.

“I’d rather 100 times that you feel something is real, you can touch it, it exists and it can happen.” 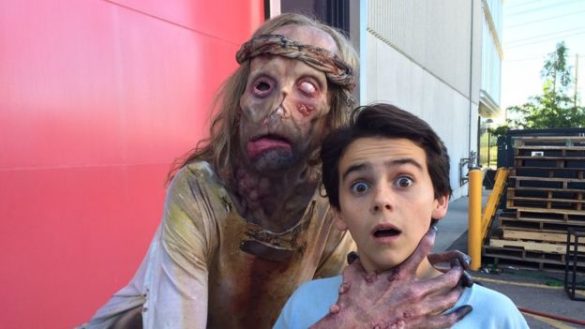 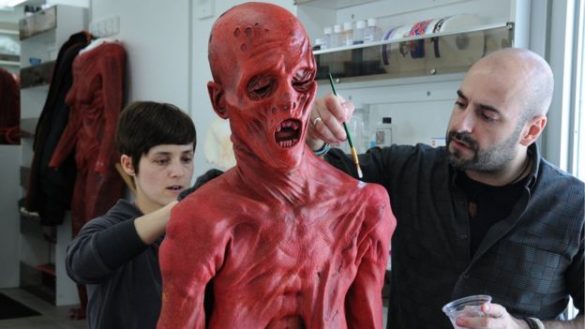 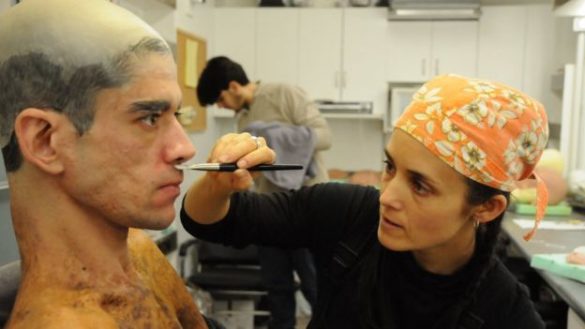 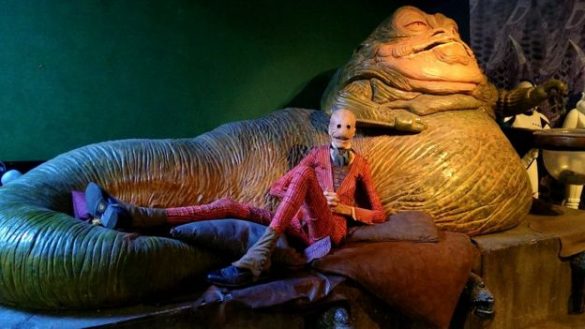