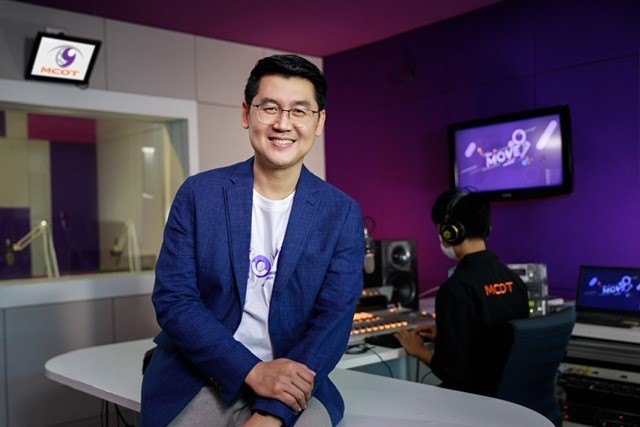 Telecommunications and Television Transmission Commission (NBTC)have arrangedThailand’s first broadcast auction In the past 92 years for the “Business” category with a total of 71 radio waves from Bangkok and the surrounding area. and other provinces with 31 legal entities participating in the auction

Because this radio auction is a “turning point” in the radio dial circle. because licenses are not only created through auctions, the traditional media landscape such as radio will take the picture to another level. including competition with new faces stepping in

Before the start of the auction atmosphere in the Vayupak Convention Center Centra by Centara Government Complex Hotel and Convention Center Chaeng Watthana is not very busy. Because although 315legal entities participated in the auction, the “major” only had MCOT and ATime. MCOT Raise an army of leaders, many teams to bid for 55 radio waves out of the original 60 waves.

As for the other older brother, likes the radio industry “A time” at the auction ask for the 106.5 wave that has a mark “Green wave 106.5 FM” is a market leader with a large audience led by Somroj Wasupongsothon, Managing Director of GMM Media Plc. or Atime shortly before the start of the auction

According to the auction plan, 71 radio waves were divided into 4 auction rounds, with the first round covering Bangkok and its surrounding area, the central region and the northeastern region, totaling 18 radio waves, with MCOT bidding the most 15 waves, followed by Luk Thung Network, 24 hours, 11 waves and major “GMM Media” auctioned only one wave 106.5 FM

The first round of auction is scheduled to start at 09:30 and is expected to end at 16:45, but the actual situation time has shifted quite a bit. Because each round of competition is no less intense. Until about 10 p.m. it is still the third auction with a total of 18 waves in the northeast and northern regions.

While placing the highest bid, MCOT has the right to win 6 auctions, namely:

The total investment is 6 waves worth 236,767,000 baht. only from the 1st auction round There are still results of knocking against the price of the 2nd auction round submitted by MCOT with 18 waves, 3rd round with 14 waves and 4th round with 8 waves.

associate Prof. Kasemsarn Chotichakornphan The President of MCOT Public Company Limited said that MCOT Plc., the market leader in the radio business, operated the FM radio business. long bid Most frequencies of VHF radio systems, a total of 55 frequencies, divided into 6 frequencies in the Bangkok metropolitan area and 49 in the regional area. The strength of the network in network coverage area and responsibility in the role of MCOT Plc.’s social missions to promote access to accurate information. comprehensive and thorough

As for the Radio Spectrum Management Policy of MCOT Plc. concerned, awareness-raising among listeners and all stakeholders is accelerated. Reinforcing the strengths of the radio business with ubiquitous network coverage and preparedness of staff and facilities such as studios, broadcast stations, broadcasters etc. MCOT Plc. is ready to support services with business partners and social services.

For radio waves, the MCOT Plc. did not bid at this auction. unaffected to the business operations of MCOT Plc. The company still has the potential to broadcast coverage across the country (Network Coverage Area) that is no different than it used to be. which can be used to broadcast programs from neighboring stations coupled with a digital platform including searching for networks and alliances

This is followed by an adjustment of the structure and management model (Refreshing Organization Structure & Management), program planning to the needs of different target groups (Refreshing Program), airtime allocation. (Broadcasting Time Allocation) between each radio station and the broadcasting of a central frequency network and the parallel push between traditional broadcasting and digital platforms (Traditional & Digital Platforms), including the organization of specific group activities, listening and fans (On Ground Events). carrying out these actions. will focus on the ability to increase sales cost control and social responsibility in the role of a state enterprise organization

“We ask all sectors to be confident that MCOT Plc. will continue to act as an intermediary in the transmission of both information. accurate news and entertainment information useful to the people’s brothers and sisters, covering all areas, and continuously improving the quality of each program under the vision of Be a reliable, accurate and fast presenter of content.”

However, after the office of the NBTC announced the list of successful bidders, the winning bidder must pay a license fee equal to the winning price including VAT and provide information on the facilities of the broadcasting service by March 24, 2022. for Spectrum Licensing Consideration and apply for a relevant license The Radiocommunication Act, BE 2498, within 30 days of receipt of notification from the successful bidder.

MCOT happily won six FM radio frequencies in Bangkok within the budget that its board approved.

MCOT vied for 55 frequencies comprising six in Bangkok and adjacent provinces and 49 in other provinces in the auctions organized by the National Broadcasting and Telecommunications Commission.

At the auction venue, MCOT president Kasemsarn Chotchakornpant said he was satisfied with the auction results because MCOT won the six frequencies with its previously endorsed budget.

He said that he would check with the NBTC relevant details for the auctions of 49 frequencies for broadcasting in other provinces today because there were problems in all previous auctions.

After the auctions are concluded, the NBTC will verify auction results and announce the list of winners who must pay their winning frequency license fees plus the value added tax within 30 days. (TNA)

Chon buri will be one of the 49 provinces 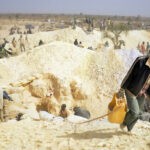