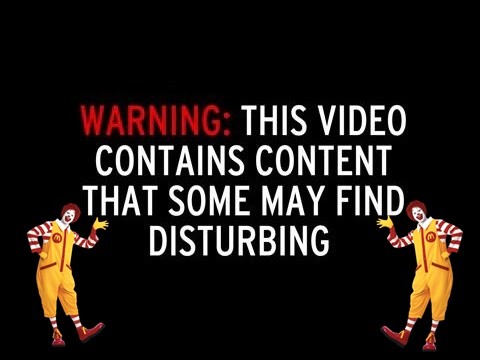 The incident outside a branch of the fast food chain in Birmingham city centre on Sunday morning shows the guard flying into a rage after the woman throws the drink on him.

In mobile phone footage uploaded to the Birmz Is Grim blog, a bystander appears to urge the woman to “do it, do it, you bad?”.

As soon as she throws the dregs of her drink, the guard grabs his stick from the doorway and chases after her.

He pushes her to the ground several metres away and lands a series of blows with a stick to her head and body.

The guard is seen kicking and stamping on her as she lies on her side unable to defend herself before moving away.

But when the woman shouts something, he turns on his heels and pulls his left leg back to kick her again.

The footage uploaded to the Birmz is Grime blog ends while the woman remains on the ground beside the restaurant next to Birmingham’s New Street station.

Writing on Twitter, one said: “Totally not acceptable behaviour that’s a serious assault on a members the public.”

Another wrote: “That’s just so disgusting and vile on all levels.”

This is ridiculous, shocking behaviour,” said another.

A McDonald’s Spokesperson told The Mirror: “This incident is subject to an ongoing police investigation.

“We have a zero-tolerance approach to violence or abuse of any kind and will cooperate fully with police enquiries.” 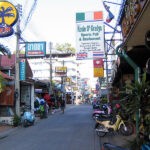