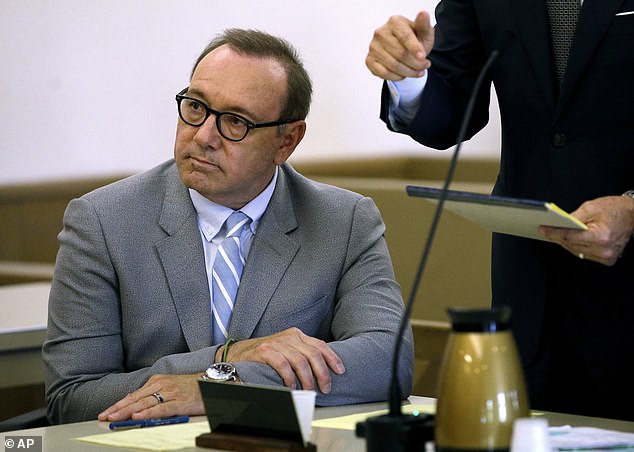 The masseuse who is suing Kevin Spacey for the sexual battery will have to reveal his identity to the actor’s legal team.

The alleged victim, who is over the age of 60,  will be able to remain anonymous to the public but his ‘true and complete name’ will be shared with the Spacey’s counsel, according to legal documents.

The alleged victim, who is over the age of 60, will be able to remain anonymous to the public but his ‘true and complete name’ will be shared with the Spacey’s counsel, according to legal documents. Pictured: Kevin Spacey pretrial hearing at the district court in Nantucket on a different charge

‘The Parties will continue to confer in good faith to try to reach agreement on a more comprehensive stipulated protective order that addresses each Party’s needs and interest’ the order states.

In March, a California judge denied Spacey’s motion to reveal the identity of the man who claimed the actor had forced him to touch his genitals and groped him during a massage.

Spacey filed a motion in March demanding to have the identity of his accuser revealed. The actor’s legal team argued that by not revealing the masseur’s identity, it would ‘delay the opening of discovery and disclosure’.

They also accused the alleged victim and his counsel of ‘refusing to participate’ in scheduling a conference between them.

A judge denied Spacey’s motion, saying: ‘Defendant’s request to order Plaintiff to reveal his identity is inappropriate given that Plaintiff’s Motion to Proceed Anonymously is currently pending with the Court.’

In his complaint, the masseur wrote that he was called by an associate of Spacey in October 2016 and asked to give the actor a massage in Malibu.

The plaintiff states that he arrived at the house and went upstairs to set up his table in a room, at which point Spacey entered in just a robe and then locked the door.

Spacey complained of pain in his groin area at the start of the massage, the plaintiff claims, and eventually grabbed the masseur’s hand and placed it on his ‘scrotum and testicles.’

The plaintiff claims he ignored this and continued on, but when it allegedly happened a second time he stepped back in shock and said: ‘What are you doing? This is ridiculous. I am a professional. This is what I do for a living. I have a son.’

The suit alleges: ‘Spacey stood up from the massage table, exposing his naked body to Plaintiff.

‘He then moved towards Plaintiff stating ”you have such beautiful eyes,” and grabbed Plaintiff’s shoulders pulling him closer, for what felt to Plaintiff like an attempted kiss. 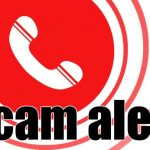