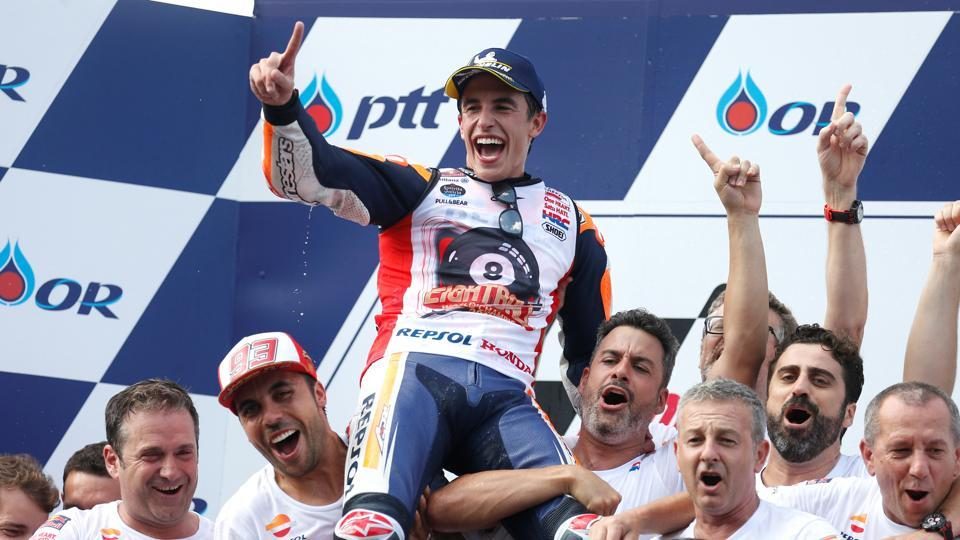 The win in Buriram gives him an insurmountable lead over closest rival Andrea Dovizioso with four races left in the season.

Marc Marquez sealed his sixth MotoGP world title in Thailand on Sunday after storming to victory in a heart-pounding final corner duel with Fabio Quartararo at the Chang International Circuit. The win in Buriram gives him an insurmountable lead over closest rival Andrea Dovizioso with four races left in the season.

Marquez jumped up and down with joy after the victory and was handed a large eight-ball to signify the eight overall championships across all classes he has won.

He was hoisted atop the hands of supporters in celebration.

Starting from third on the grid, Honda’s Marquez quickly slipped by Vinales and spent most of the race trying to overcome Quartararo (Petronas Yamaha) who led from pole position.

Quartararo held the lead for 25 of the 26 laps but Marquez made his move on the final circuit, flying past the leader as the crowd screamed in delight.

A jubilant Marquez told MotoGPTV it had been an “amazing year”.

He trails only Italian great Valentino Rossi, who won the last of his seven championships in 2009, and Giacomo Agostini, whose record eighth came in 1975.

But rookie Quartararo is fast emerging as one of Marquez’s toughest rivals.

The stunning performance in Buriram, a rural town in northeastern Thailand that has banked its development on sports infrastructure, came after Marquez crashed hard in practice on Friday and had to go to the hospital.

Hours later he was declared fit to race and rebounded to finish third in qualifying.

Marquez won the inaugural race in Buriram last year in another last-corner thriller against Dovizioso.

Clear skies prevailed after a downpour soaked the track on Saturday, delaying start times and creating slippery conditions for riders. 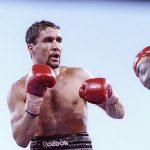 Boxing legend fighting for his life in Thailand