Manchester City Have An Immediate Opportunity To Put Their UCL Defeat Behind  Them With A PL Lunch Time Crack At Tottenham! Team News. Manager Comments. Stats, And Prediction.

With Fernando Llorente’s UCL tie winning goal for Tottenham Hotspur, still being debated, the two teams are preparing for a PL Saturday lunchtime battle that could see Manchester City return to the top of the table. Or Tottenham consolidate their chances of finishing 3rd.

Manchester City have won their last 9 PL games most, if not all, in total cruise control. They’ve scored 23 goals, which includes six against Chelsea, but against Fulham, Cardiff, and Crystal Palace they scored early and just seem to take their foot off the gas as they cruised to victories without breaking a sweat.

During that run they’ve only conceded three goals, one each against Arsenal, Watford, and Crystal Palace, which is as many as Tottenham scored in Wednesday’s epic battle.

During City’s last six PL games Fernandinho came on for 15 minutes against Fulham, played 90 in the game after that against Cardiff, and that’s it. He missed the Crystal Palace game and the assumption could have been that Pep Guardiola had decided to rest him for the UCL game against Tottenham. But he didn’t make an appearance in that game until the 63rd minute.

If he’s missing again for this game City could struggle.

For Tottenham, the big question has to be how they handle another massive game without adequate recovery time? They also have six players in the treatment room with only Eric Dyer and Erik Lamela looking like they have a chance of making the starting 11.

Heung-Min Son stepped up to the plate the last time Harry Kane took a break due to his ankle injury. Against Huddersfield, with Kane out and Son rested, Lucas Moure became the main man with a hat-trick. But this is Manchester City and Son, if he’s recovered enough, will be needed.

There were many talking points from Wednesday’s game with quite a few comments related to this being one of the best games of all time! But to expect them to do that again is a big ask. Fernandinho could make a difference to City. 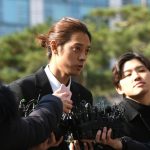 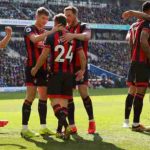