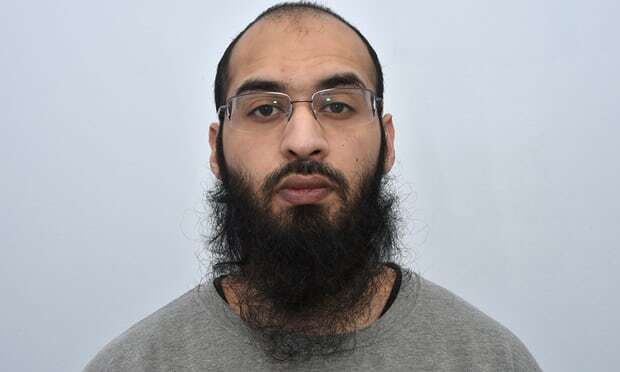 An Islamic State supporter who called for an attack on Prince George has been jailed for life with a minimum of 25 years for a string of terrorism offences.

Husnain Rashid, of Nelson, Lancashire, called for the four-year-old to be targeted shortly after the prince joined Thomas’s school in Battersea, south-west London, last year.

On 13 October, he posted a photograph of the school superimposed with silhouettes of two masked jihadist fighters. He sent a follow-up message that listed the address, writing: “Even the royal family will not be left alone. School starts early.”

The posts about Prince George were a tiny fraction of Rashid’s output in the 13 months before his arrest on 22 November last year. He also suggested injecting cyanide into fruit and vegetables at grocery stores and poisoning ice-cream in supermarkets, and attacking fans at the football World Cup in Russia.

The 32-year-old initially denied all charges against him, but mid-trial changed his plea on four of the seven counts, admitting three counts of engaging in conduct in preparation of terrorist acts and one count of encouraging terrorism. The Crown Prosecution Service said he had done so only when faced with “the overwhelming weight of evidence against him”.

DCI Andy Meeks, the case’s senior investigating officer, from the north-west counter-terrorism unit, said Rashid had posted 360,000 messages in 150 different forums on Telegram, an online messaging service, between November 2016 and his arrest a year later.

Judge Andrew Lees said the messages, which included exhortations to attack UK football stadiums, the 2017 general election, Wimbledon, the Trafford Centre in Manchester and the BBC’s Proms in the Park, may have been viewed by millions of people.

Rashid was given a life sentence for each count of engaging in conduct in preparation of terrorist acts, with a minimum term of 25 years. He was sentenced to four and half years’ imprisonment for the offence of encouraging terrorism, to run concurrently.

Rashid, who worked as a teacher at the Muhammadi mosque in Nelson, encouraged followers to deploy a variety of weapons, including knives, homemade bombs, poison, chemicals, vehicles and krav maga, a martial art employed by Israeli military forces.

He praised successful terrorist attacks in other countries, writing: “Look around you, how many infidels can you reach to and kill, with your car, knife, or even a stone, or poisoning them! … Go out and take revenge! What are you waiting for? … We ask Allah to bless you and make you successful.”

One Christmas he posted a message online wishing people a “terror-filled new year”.

The prosecutor, Annabel Darlow QC, said the overarching aim of Rashid’s activities was to provide an “e-toolkit for terrorism”. He suggested dropping a smoke grenade “to cause panic”, adding: “You will be enjoying taking them down one after the other #terrorizethekuffar.”

He also posted: “No need to board trains. Just get to the train station. Then, in the name of Allah, get busy!” These words were followed by emojis of a bomb and a knife dripping blood. There was no evidence that anyone acted on his posts.

Rashid went to great lengths to hide his online extremism from the authorities. The encryption on his laptop’s two-terabyte hard drive was so strong that intelligence agencies have been unable to crack it. He used the encrypted Telegram app on three different sim cards and hacked into his neighbours’ internet connections to publish material online.

The vast majority of his activity was carried out on a Samsung smartphone that had no sim card, was on airplane mode and had tape over the camera lens, which police say was counter-surveillance tradecraft.

When officers came to arrest him, Rashid threw the phone out the back door but it landed at the feet of a police officer. He pretended to faint when told he was under arrest.

Rashid lived with his elderly parents in a terraced house in Nelson, a former cotton town. A few doors down, in another house owned by his parents, he urged his online followers to launch real-world attacks.

He came to the attention of counter-terrorism officers in November 2016, about seven months after he is believed to have started posting online, but he was not previously known to the police and had no prior convictions.

He was in contact electronically with Omar Ali Hussain, a former Morrisons security guard who joined Islamic State in Syria. Rashid asked Hussain for advice on how to join him in Syria, and was advised by Hussain on methods of attack, including bringing down aircraft with lasers.

Four days before his arrest, Rashid made contact with Amaq, the Isis propaganda agency, saying he was “desperate” to join the group in Syria. He saved £6,000 through an office job at a garage and applied for a passport in 2016, which police say he planned to use to travel to the war-torn region.

At the time of his arrest, Rashid was working on creating a glossy magazine called Lone Mujahid, the same name as one of his Telegram channels. It was intended to be similar to the al-Qaida publication Inspire, which he distributed along with an Isis-produced magazine.

Two counts of dissemination of a terrorist publication and one of failing to comply with a notice under the Regulation of Investigatory Powers Act were left to lie on file. 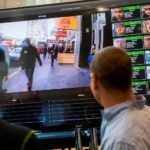 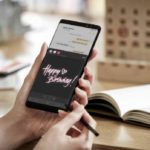