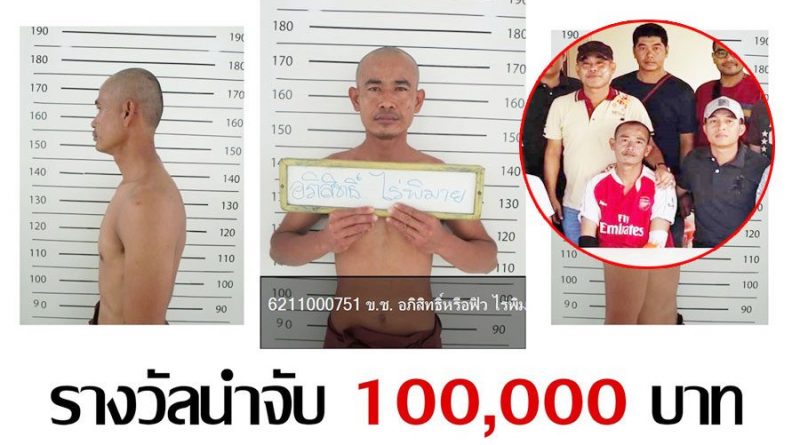 Police Colonel Narach Sowetan from the Department of Corrections reported that Apisit Raipimai 38 years old imprisoned on drug distribution charges in Rayong Prison escaped out of jail on the 22nd of this month (June 2019). Apisit used the opportunity for an escape when he was being trained in preparation for when his imprisonment is over around 16.00. The Police announced a 100K THB reward for anyone that could bring him in.

The Department of Corrections issued a report with the Rayong police and reported the incident to all the police working in Rayong City and the Nikompattana District Police to help set up checkpoints on the road to protect the prisoner from escaping any further than within Rayong Province.

The police also contacted family relatives and close friends of Apisit to inform them of the escape. The Rayong Police published a 100,000 THB reward for anyone that gives information to where he is or anyone that can lead the police to the escaped prisoner’s arrest. Anyone who assists Apisit in his escape or is giving him a place to hide will be prosecuted accordingly to the law.

Apisit escaped from a temporary prison with no high gates and covers an area over 1,600 Rai of land. The temporary prison is designed to train prisoners who are close to finishing their punishment or those who have passed the evaluation for parole or release. The prisoners placed in this temporary prison are trained for preparation in life after they leave the prison. For example, farming lessons, livestock training lessons, and more.

Then on the 23rd of this month, Apisit Raipimai contacted the Ban Kai Police Station in Rayong Province. His status was as a prisoner on the escape from the Rayong Jail. He stated to the police on the phone that he wanted to turn himself in and requests the police to come to pick him up in the main City of Rayong Province.

After Apisit Raipimai expressed his intention to return back to jail just 1 day after his escape from the Rayong Prison to the police, the Ban Kai Police contacted the Department of Corrections and together they went to pick Apisit up at a house and arrested him. They brought him into interrogation at the police station, then a prison officer came and picked him up back to the Rayong Prison that he escaped from 24 hours previously.

Dead after being hit by a pickup truck 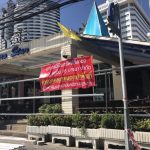