A Mae Hong Son man is being sought and may be charged with murder following an alleged attack on his 71-year-old grandmother to obtain money so he could travel to visit his girlfriend in Chiang Mai. 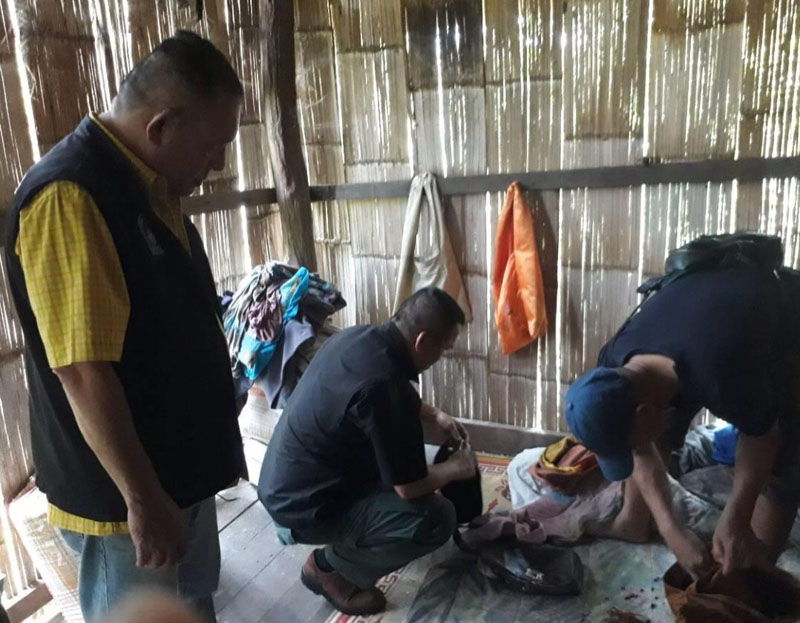 Sati said he would be charged with extortion pending autopsy results that could lead to a murder charge if the woman was found to have died from her injuries.

Deputy superintendent Pol Lt Col Chanwit Thammarat said Rachain was believed to be in Chiang Mai’s Chai Prakan district and would likely be in custody within two days.

Investigators determined that the grandmother, who was not named, was kicked and fell 1.4 metres to the ground from her elevated hut.

She sought medical treatment at the district hospital on October 10 but did not say she’d been assaulted. She was treated and released, but returned on October 12 in worse condition and died the next morning.

Police believe Rachain, who has a criminal record for methamphetamine abuse, threatened her with violence when she would give him only Bt1,000 after he demanded Bt5,000.

Neighbour Sasipan Faikan-ngankusol told police he forced his grandmother to borrow the other Bt4,000 from her and she acceded because he was threatening to hurt his grandmother.

Relatives expressed doubt that the October 8 attack led to her death, so an autopsy was being conducted at Maharat Nakhon Chiang Mai Hospital.

Find our son’s killer or else, say parents

The Islamic State group’s failure in Myanmar and Thailand