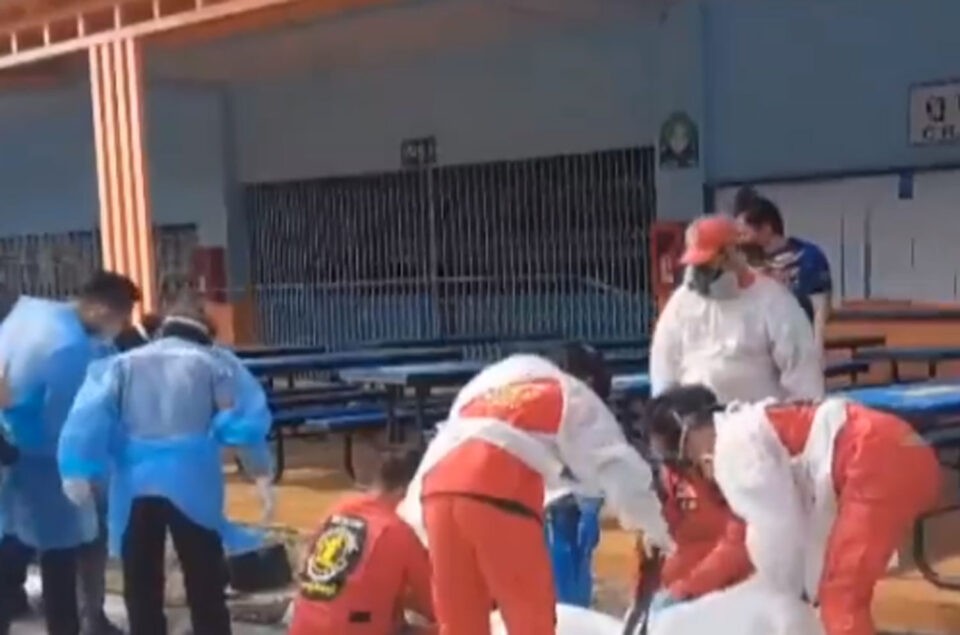 A man shot his 13-year-old son to death and wounded his wife before killing himself inside a public school in Muang district on Saturday morning when new students reported to the school.

The fatal shootings occurred inside Chonradsadornumrung School in Muang district at 7.18am, the Mangkorn Chon Buri rescue foundation said on its Facebook page.

Police and rescue workers who rushed to the scene found three people, all from the same family, lying with gunshot wounds on the ground inside the school compound. The father, aged 50, and his son had died on the spot.

The father, identified only as Anucha, had a gunshot wound to his left temple. His son had been shot in the forehead. The mother, Arissara, 49, sustained gunshot wounds and was rushed to Chon Buri Hospital.

The woman had arrived at the school first with her son, who was reporting for enrolment in Mathayom Suksa 1 (Grade 7). The man arrived shortly afterward in another car. A quarrel ensued and gunshots were heard.

The man fired first at his son. He then shot his wife before turning the gun on himself, according to Workpoint TV.

Before the shooting, the couple had had a heated quarrel that led to physical assault on March 16, according to reports.

The woman filed a complaint with the Samet police station against her husband for physical assault and knife attacks.ad

A neighbour told Workpoint TV that the couple often quarrelled. Friend of Madeleine McCann suspect is ‘100% certain he did it’