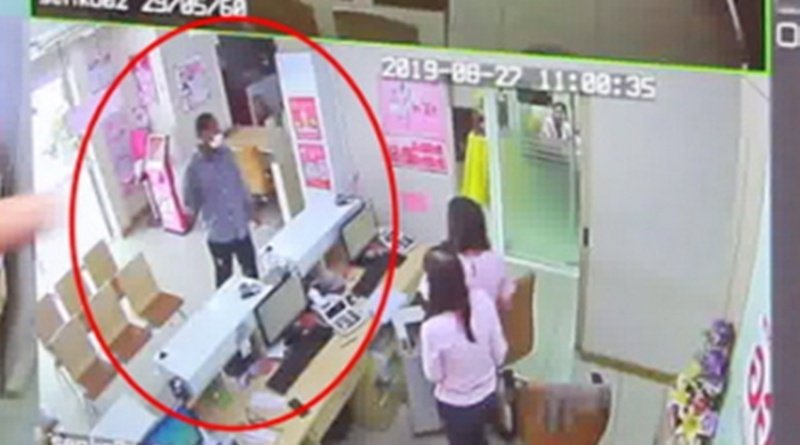 A man went to rob a bank, he felt out of breath and hot so he stopped for some ice cream before entering a building where the police arrested him, maybe if he skipped the ice cream break and went straight into hiding he wouldn’t have ended up in jail so quickly.

Police Captain Van Jitjaruwong from the Chai Nat City Police was notified of a bank robbery on the 27th of this month (August 2019) at a local Government Savings bank in Chai Nat.

When the police arrived they checked the security footage and discovered that the robber was a man dressed in a gray shirt, long black pants and a mask covering his face.

The robber walked into the bank with his hand behind his back, acting as if he was holding a gun. He told the girl at the bank counter “I have no choice, give me the money”.

The bank girl kept her cool and tried to pull some time. She told the man to walk into another room and took the opportunity when he was not looking to press the emergency button.

The man realized what the girl did so he forced her to give him money. She handed 16,000 THB cash that was in the drawer. 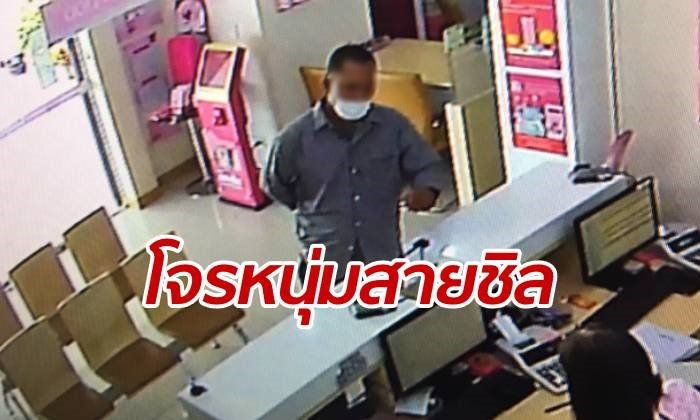 The man ran out of the bank with the money to a mall 300 meters away from the bank. The Chainat Police surrounded the area and successfully arrested the suspect hiding in a building.

The man entered the building and told the people inside that he needed to use the toilet. He then climbed to the top of the building in an attempt to hide the cash.

Pakpoom 26 years old stated that he borrowed his friend’s truck for the robbery.

He was carrying no weapon with him, but he pretended like he was hiding a gun to make the bank girl scared.

When he finished robbing the bank he felt out of breath and hot so he went to buy an ice cream to cool off before entering the building where he was arrested by the Chai nat Police.

Pakpoom stated that he has a debt of 400,000 THB from online gambling. When he was driving the truck, he had no clear destination in mind nor did he have an idea of what to do.

Then when he drove past the Government’s Saving Banks branch in Chai Nat City he saw that there weren’t many people inside. He decided on the spot to rob the bank to pay his online gambling debt. 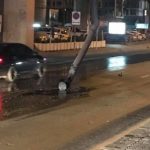 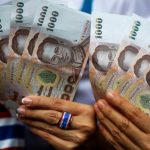